The Queen is joined by the Royal Family at Windsor 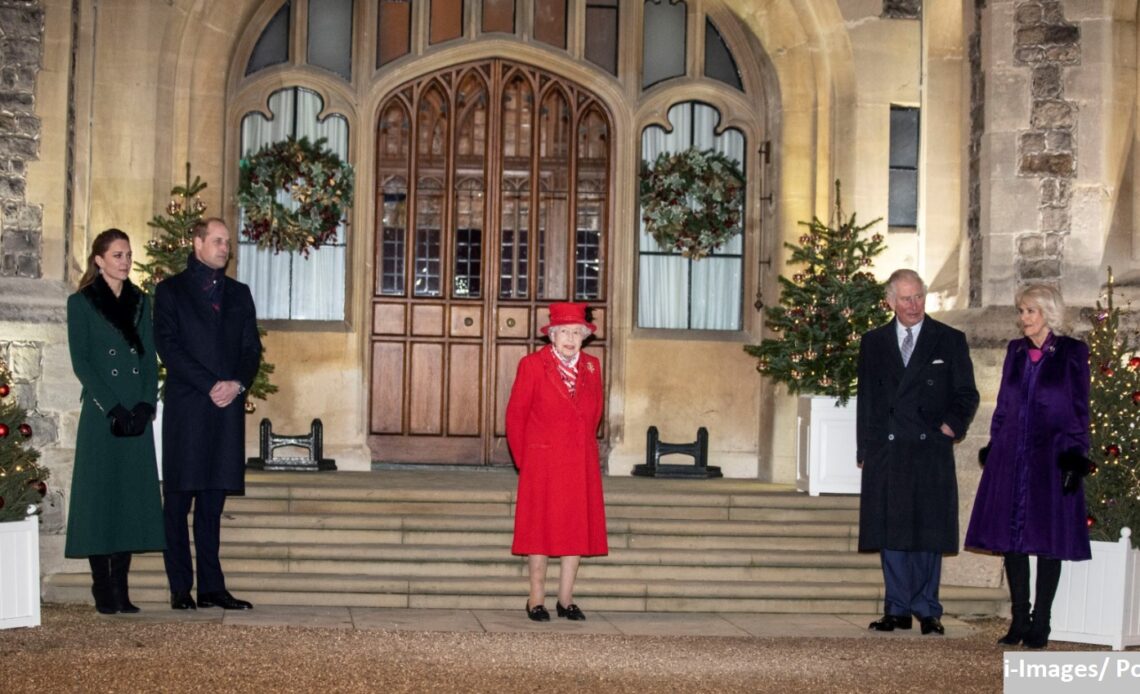 The Queen has been joined by several members of her family at Windsor Castle for an event celebrating key workers.

The Prince of Wales, the Duchess of Cornwall and the Duke and Duchess of Cambridge took part in the mini celebration at the Castle where the royals met and thanked local volunteers and key workers at a special ceremony.

The Earl and Countess of Wessex and the Princess Royal were also present at the event where a Salvation Army band played Christmas songs and carols. The Queen thanked the Salvation Army officers for their music and for their work during the past months.

The Royal Family all kept to their respective bubbles and ensured there was a two metre distance between each household in the gathering. Masks weren’t worn as the Royal Family gathered outside for the music – they aren’t a government requirement for outside meetings in England. However, when they moved inside a marquee to meet volunteers and key workers from Berkshire who will be supporting others in the run up to Christmas, the royals put on face coverings as did their guests.

The festive celebration might be the only chance the Royal Family get to see each other over the holiday season. The Queen and the Duke of Edinburgh will spend Christmas at Windsor Castle instead of organising their usual celebration at Sandringham. Up to three households will be allowed to mix, briefly, over the festive period in a relaxation of pandemic restrictions but The Queen has decided on a quiet celebration. The Prince of Wales and the Duchess of Cornwall will spend the break at Highgrove.

This Christmas celebration of key workers was also the final stop on the Royal Train Tour of England, Scotland and Wales undertaken by the Duke and Duchess of Cambridge in the past days where they showed their appreciation for the support given across communities during the pandemic.