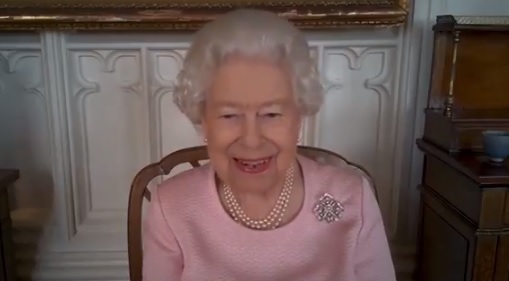 The Queen has spoken to the UK Chancellor of the Exchequer, Rishi Sunak, ahead of the Budget as her string of video and telephone engagements continues.

Her Majesty held her traditional pre-Budget audience with the Chancellor on March 2nd 2021. However, the coronavirus pandemic and lockdown meant that the custom had to be carried out by phone rather than in person.

The audience came just hours after a phone audience in her capacity as Head of The Armed Forces. The Queen spoke to The Chief of the General Staff, Sir Mark Carleton-Smith, for a briefing on the continuing work being undertaken by the military to support communities across the UK during the pandemic. They also discussed operational matters including overseas deployments.

Hours earlier, Buckingham Palace had shared footage of The Queen speaking to the Governor of South Australia, Hon. Hieu Van Le, and Steven Marshall, Premier of South Australia via video link. They discussed the impact of the pandemic as well as the implementation of the vaccination programme.

The Queen was in good form for this video chat. Having begun with a cheery ‘’Good Morning’’, she added ‘’well, that’s Good Morning to me, I don’t know what time of day it is to you!’’

There was also a light hearted moment as The Queen unveiled a statue remotely. The new work, by Robert Hannaford, is in the grounds of Government House in Adelaide. As she did the honours, The Queen said ‘’possibly, it might be quite alarming to suddenly see it out of the window’’, adding it might make people think ‘’good gracious, has she arrived unexpectedly.’’

The Australian engagement was shared on the day that Buckingham Palace confirmed that The Duke of Edinburgh had been moved to St. Bartholomew’s Hospital in London for continuing treatment for an infection as well as observation and tests on his heart. The chat was recorded before the latest development around Prince Philip’s health. The Duke of Edinburgh will remain at Barts until at least the end of the week.