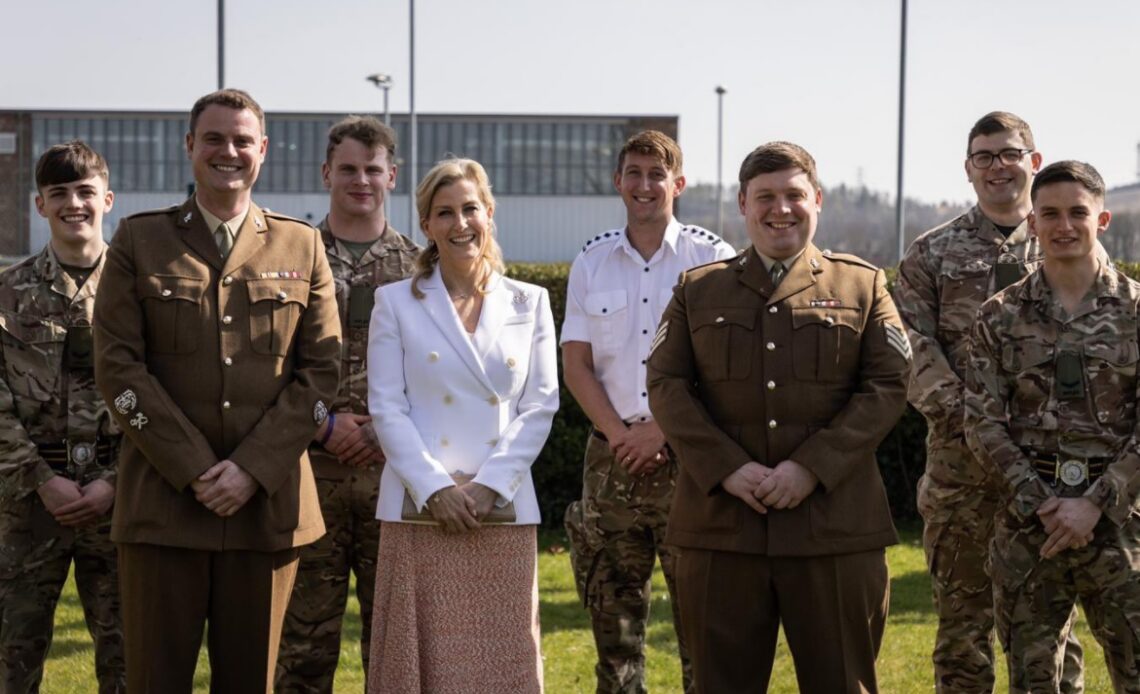 The Countess of Wessex has been granted an honorary position that her late father-in-law held for half a century, following the Service of Thanksgiving celebrating his life. It has been announced that Sophie will now hold the position of Colonel-in-Chief of the Royal Electrical and Mechanical Engineers.

The Countess was close to her father-in-law, as well as her mother-in-law. The Queen bestowed the honour on Sophie, who then met with REME Master General Lieutenant Paul Jacques and Colonel Jason Phillips on Wednesday to be formally appointed to the position.

Prince Philip was appointed as Colonel-in-Chief to the REME in 1969; Princess Marina of Kent had held the position from 1963 to her death in 1968. The unit asked Her Majesty to appoint a new Colonel-in-Chief in 1969, as the Prince of Wales’ upcoming Investiture could be used as a venue to appoint new honourary positions. They specifically requested Prince Philip to hold the role, as he had shown considerable interest in their work and their unit as a whole.

The public announcement was made on 9 June 1969, and The Duke visited the Corps on 4 July.

Prince Philip continued to visit and kept abreast of the REME’s work through his five decades as Colonel-in-Chief.

The Royal Electrical and Mechanical Engineers are the British Army corps that are responsible for maintenance and upkeep of all Army equipment. They were originally formed in 1942 when several different corps were responsible for equipment maintenance, and thus were reorganised. Further reorganisations happened in 1951 and 1952.