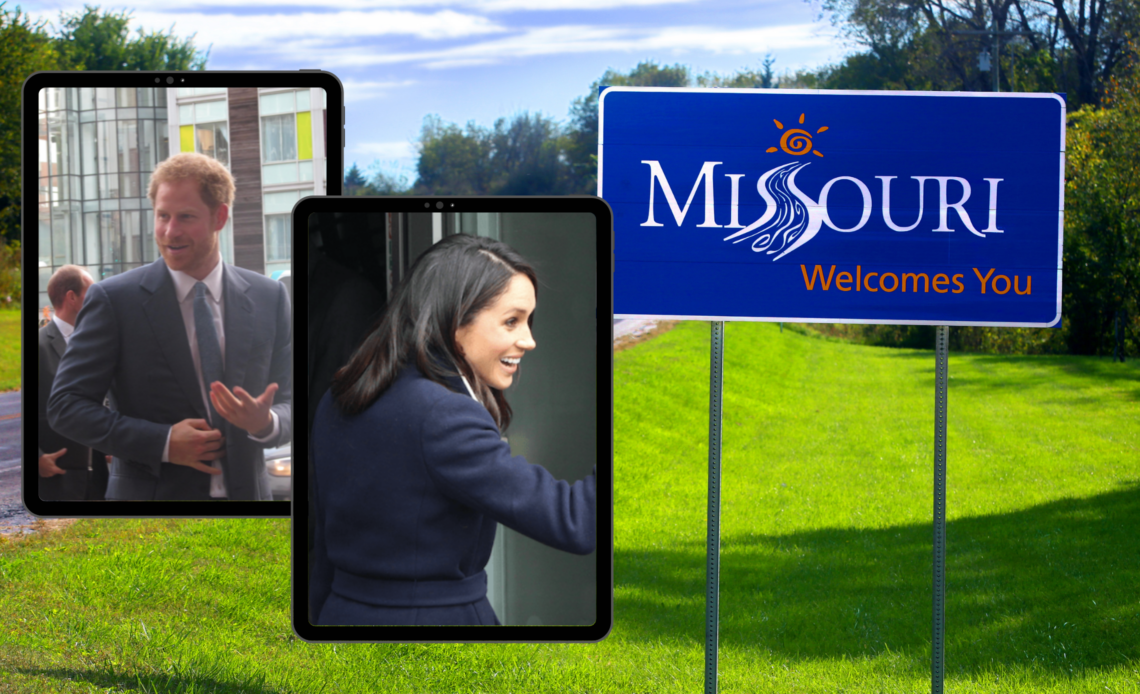 On May 19 2018, the Duke and Duchess of Sussex married in Windsor with the eyes of the world watching their nuptial. Back then, it was a certainty that the couple would remain in the spotlight for many years and decades to come, but who could have imagined that just a couple of years later, the couple would form part of a key campaign issue in Missouri’s upcoming 8th Congressional District election?

The drama comes after the Representative for Missouri’s 8th congressional district, Jason Smith, wrote a letter to the British Ambassador to the United States, Dame Karen Pierce, claiming that Harry and Meghan are ‘interfering” in the upcoming presidential election.

Smith asserts that the Sussexes are working against President Trump and that they should be stripped of all ‘titles, styles, and privileges.’

The 40-year-old Republican, who id standing for reelection, went on to say that the Royal Family has long observed a tradition of political neutrality and labelled their activities as an “inappropriate act of domestic interference by one of our closest allies.”

Now, Smith’s Democratic Party rival has waded in to the debate, defending Harry and Meghan.

Kathy Ellis tweeted: “In the last hour, we’ve received calls from people all across the country who are deeply concerned about Jason Smith’s comments RE: Meghan Markle, and his singling out of her specifically, as a woman of colour.

“Let me say clearly: his comments are totally unacceptable.

“As an American citizen, Markle certainly has the right to encourage people to vote and to ‘reject hate, misinformation’.

“Smith should focus on some of the issues impacting his constituents, instead of this nonsense.”

Ms Ellis signed off her tweets with the hashtag ‘#SussexSquad’.

Jason Smith has represented the district in Congress since winning a special election in 2013.

Kathy Ellis of the Democratic Party and Tom Schmitz of the Libertarian Party are both hoping to defeat Mr Smith in the election on November 3rd.