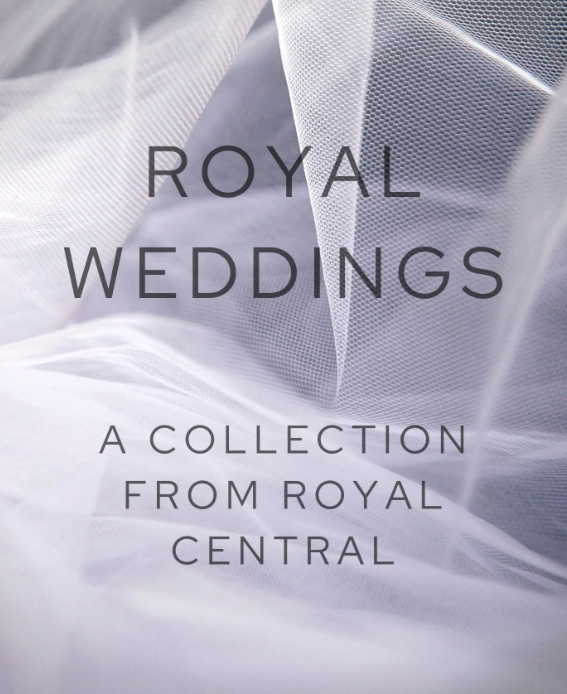 From the dress to the diamonds, the walk down the aisle to the kiss on the balcony, every part of a royal wedding brings its own story. The marriages that have sealed royal romances have always been of huge interest. Royal Central has a huge selection of articles about royal weddings and now, for the first time, we’ve brought many of them together in a book.

‘Royal Weddings: A Collection from Royal Central’ contains over 140 of our articles. It includes the stories of some of the best known Windsor weddings as well as features on Europe’s most celebrated ceremonies. The book also has sections on celebrated royal wedding dresses worn by brides including Princess Grace, Crown Princess Victoria and Queen Letizia and there’s also a chapter with with pieces about dozens of bouquets and their special meanings. You’ll also find all the glitter of royal weddings with some of our best articles on wedding jewellery including rings and tiaras.

As they mark ten years as husband and wife, The Duke and Duchess of Cambridge feature widely in the tome with Kate’s famous gown and its designer in the spotlight along with an in-depth look back at the couple’s big day.

Some of history’s most famous marriages also feature from the wedding that ended up giving England its most talked about dynasty ever to the celebration for a king in waiting destined to lose his throne which was witnessed by a man who never wanted a crown but who was forced to wear one soon afterwards.

Our new edition is completed with a buffet of royal wedding treats from features on the famous wedding cakes cut by couples including The Duke and Duchess of Cambridge to articles all about the bridal parties who took starring roles on the special days for couples including Princess Eugenie and Jack Brooksbank.

The collection is available as an ebook and as a paperback via Amazon.