Who is Susan Rhodes – the Queen’s Lady-in-Waiting? 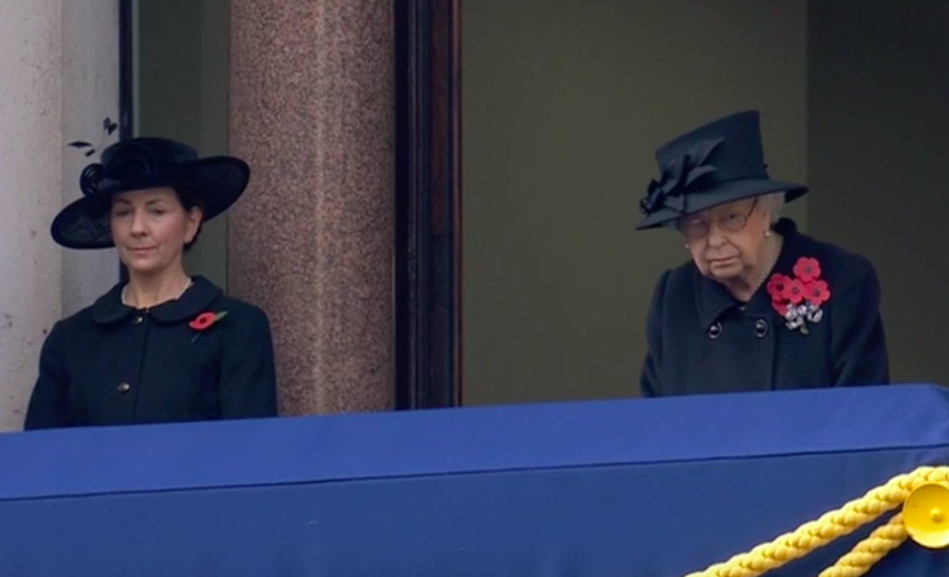 On Sunday morning, The Queen was accompanied on the balcony of the Foreign Office at the Cenotaph by Susan Rhodes – one of Her Majesty’s Ladies-in-Waiting.

In normal times, the monarch is joined on the balcony to observe remembrance events by the Duchess of Cornwall, however, due to social distancing, sharing the space was not possible on this occasion.

Instead, Mrs Rhodes, who is believed to have formed part of ‘HMS Bubble’ accompanied Her Majesty on the balcony.

As Mrs Rhodes has been isolating with the 94-year-old monarch, it was much safer for her to accompany The Queen as opposed to somebody who lives in a different household.

Susan Rhodes was appointed as an Extra Lady-in-Waiting in 2017 alongside Lady Elizabeth Leeming.

The two women were appointed to the role to assist Her Majesty in her official duties.

Mrs Rhodes is married to Simon Rhodes, the son of the late Margaret Rhodes.

Margaret Rhodes, who died in 2016 at the age of 91, was The Queen’s best friend and cousin. She was also Lady-in-Waiting to Her Majesty in addition to being a bridesmaid at her wedding.

Unlike in past times, not all Ladies-in-Waiting are of noble birth. Many are siblings or close friends of the ladies they serve. The Duchess of Cornwall’s ladies include an old school friend and her sister Annabelle Elliot. The late Diana, Princess of Wales had three ladies from the day she was married and later added five more. Princess Diana’s ladies included her sister Lady Sarah McCorquodale.