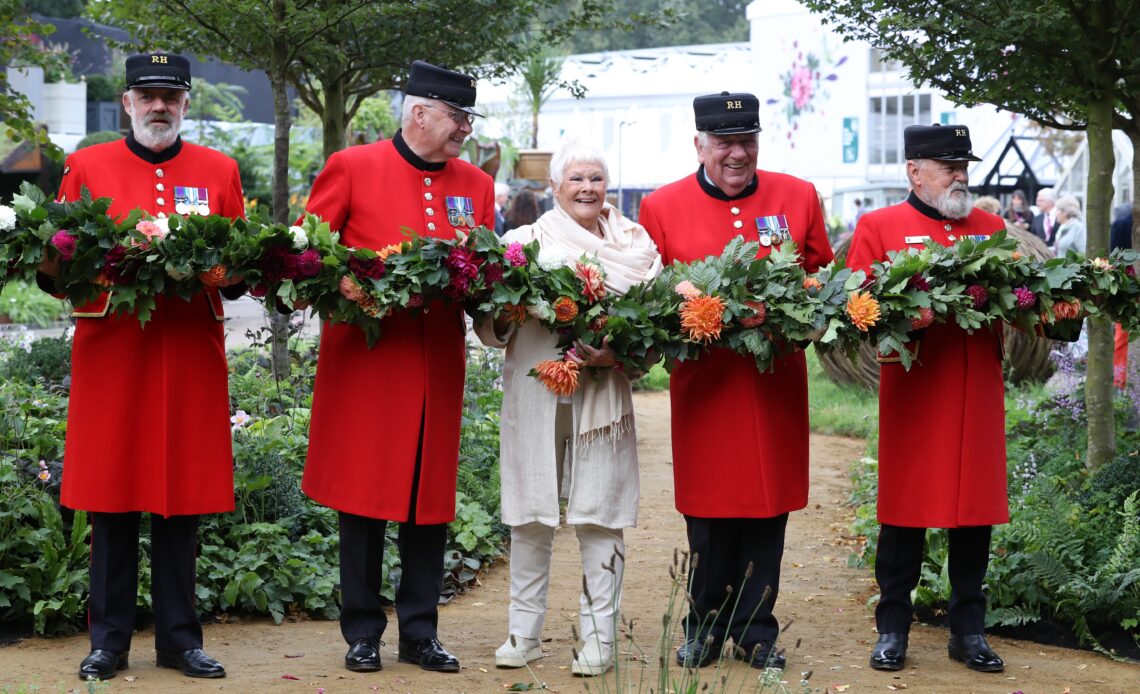 Dench opened the QGC Garden at the Royal Horticultural Society in Chelsea. Along with several Chelsea Pensioners, she held a colourful floral garland while declaring the garden open. Designer David Dodd created the RHS Chelsea Garden for the campaign.

As reported in Town and Country, Dench said: “The work The Queen has done, is doing, is remarkable, and what better way to celebrate than by having a garden and then for all of us to take that on and plant a tree, which is also doing something for climate change.”

The project was created to celebrate the Queen’s historic reign and to leave a lasting legacy of her reign across Britain.

“The Queen’s Green Canopy (QGC) is a unique tree-planting initiative created to mark Her Majesty’s Platinum Jubilee in 2022, which invites people from across the United Kingdom to “Plant a Tree for the Jubilee”…With a focus on planting sustainably, the QGC will encourage planting of trees to create a legacy in honour of The Queen’s leadership of the Nation, which will benefit future generations.” the QGC has said.

With the RHS Chelsea opening today, several members of The Royal Family visited. The Earl and Countess of Wessex enjoyed a leisurely walk around the show, while The Princess Royal and her husband, Vice Admiral Sir Timothy Laurence, Princess Alexandra of Kent, and Prince and Princess Michael of Kent also visited the show.