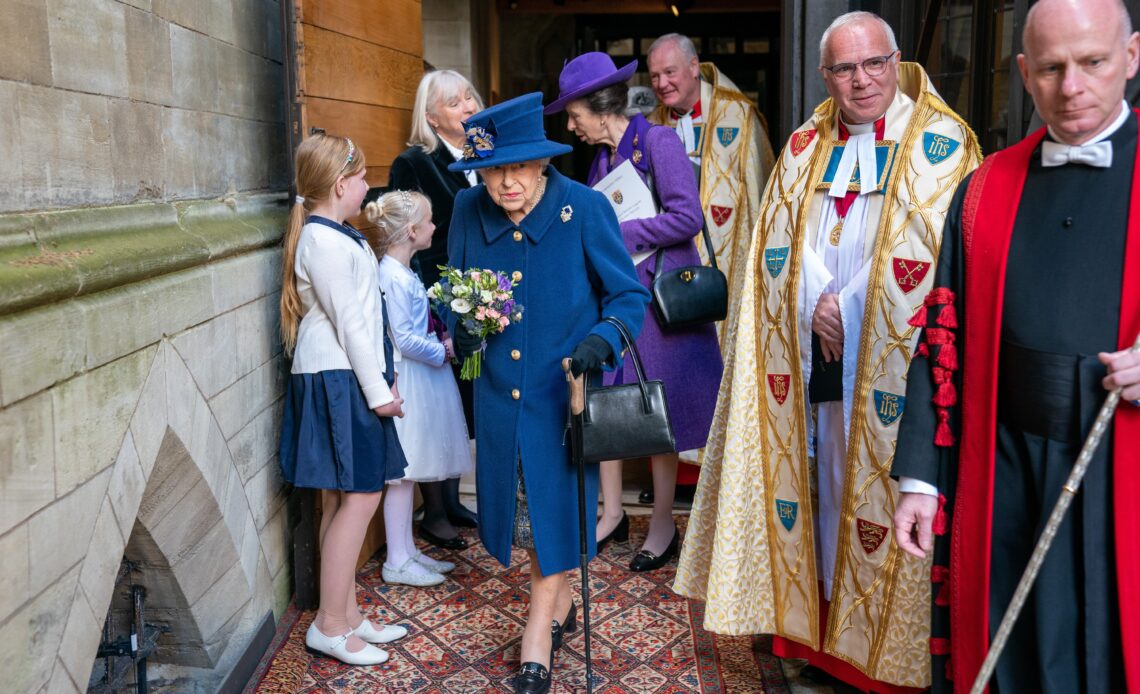 The Queen has used a stick to help her walk across the cobbled entrance to atAbbey at her latest engagement.

Her Majesty was seen using the walking aid as she arrived at a service marking the 100th anniversary of the Royal British Legion.

The Princess Royal also attended the ceremony and helped her mother by carrying the stick from the car as the two arrived at the Abbey.

No specific medical reason was given for The Queen’s decision to use the stick. She has been seen in public with a walking aid before, using one in 2004 following a knee operation.

The service for the Royal British Legion marked 100 years of support for the military and veterans across the United Kingdom and comes as the organisation begins its annual Poppy Appeal which sees it raise millions to help the armed forces family.

Princess Anne gave a reading at the service which was led by the Dean of Westminster, David Hoyle.

Among the congregation was Lieutenant General James Bashall, the national president of the Royal British Legion who said ””In our centenary year, we remain committed to our mission to ensure that those who have given so much for their country get the fair treatment, support and recognition they deserve.”

The British Legion was founded in 1921 to provide support and care for ex military personnel and their families in the aftermath of the First World War. Its royal charter was granted in 1925 by King George V. The Queen is now patron of the organisation.