The Queen is honoured by the horse racing industry for her “unwavering commitment and patronage of the sport.” 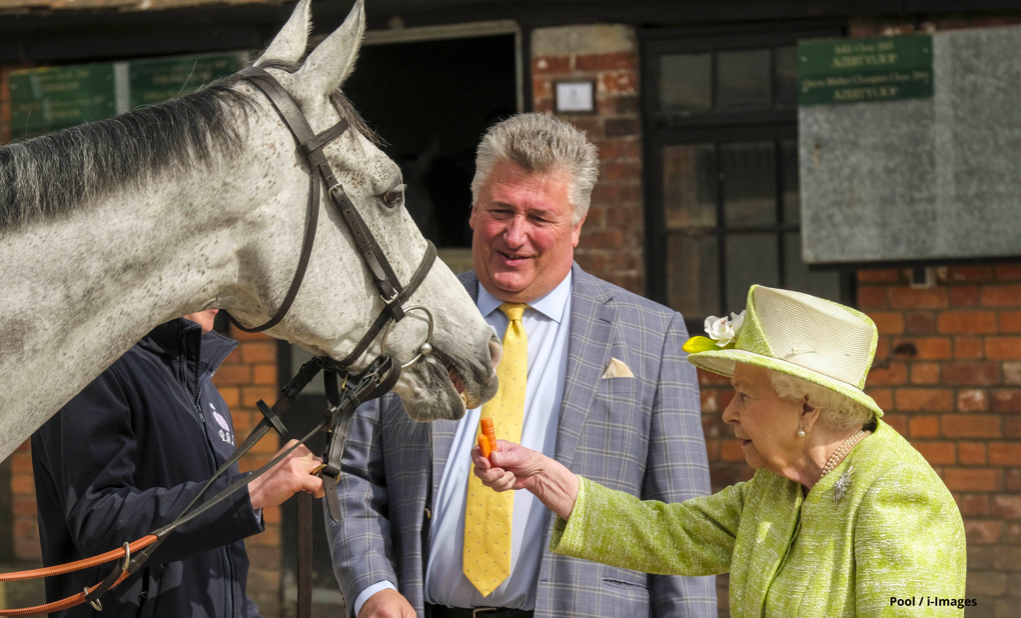 The Queen has been inducted into the QIPCO British Champions Series Hall of Fame – the official Hall of Fame for British Flat racing.

The 95-year-old monarch becomes the first entry into the Hall of Fame within the Special Contributor category, having been chosen by an independent panel of industry experts.

The recognition comes in honour of Her Majesty’s lifetime of unwavering commitment and longstanding patronage of the sport.

Before she even took to the throne, Her Majesty has been a successful racehorse owner, winning most of racing’s top prizes.

She also takes a great interest in breeding, having bred top class racehorses from the Royal Stud at Sandringham.

The Queen is globally recognised for her love of racing which has attracted widespread interest and global investment in the sport.

The Queen’s inherited her famous purple, gold braid and scarlet colours from her father – silks she continues to use to this day.

She has recorded more than 1,800 winners since her first victory with Monaveen over jumps at Fontwell Park in 1949.

She has also twice been crowned Champion Flat Owner in Great Britain, in 1954 and 1957.

As time goes on, The Queen’s racing success has only continued to grow.

In 2021, Her Majesty has recorded one of her most successful seasons ever, with winners in her name than she did in her 1957 season.

Next year’s Platinum Jubilee celebrations will centre on The Queen’s love of horse racing, with celebrations at Epsom Downs racecourse for the Derby which will be attended by the monarch and her family.

To mark her achievement and her inclusion in the Hall of Fame, The Queen will be presented with a specially commissioned medal.

John Warren, Bloodstock and Racing Advisor to The Queen, said: “I suspect that The Queen will have a lot of inner pride in being invited into the Hall of Fame.

“The Queen’s contribution to racing and breeding derives from a lifelong commitment.

“Her love of horses and their welfare comes with a deep understanding of what is required to breed, rear, train and ride a thoroughbred.

“Her Majesty’s fascination is unwavering and her pleasure derives from all of her horses – always accepting the outcome of their ability so gracefully.”