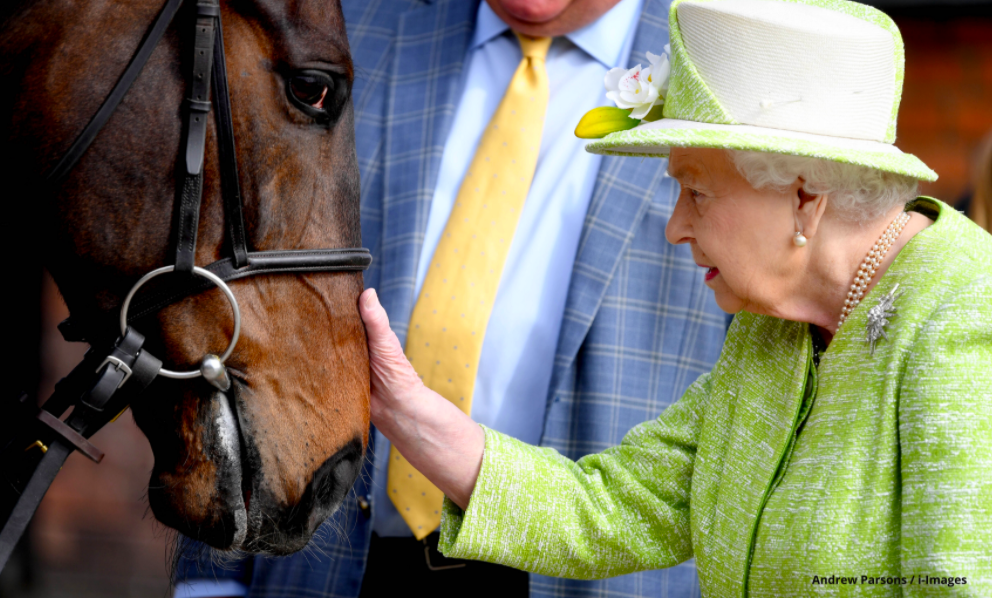 The Queen has entered three of her horses in the 2022 running of the Derby at Epsom Downs as she attempts to win the world’s most prestigious horse race for the first time.

A total of 91 entries have been made for the 243rd running of the Derby which has a total prize fund of £1.5 million, making it the most valuable race run in the UK.

Reach For The Moon

Leading The Queen’s trio of entries is Reach For The Moon, one of Her Majesty’s equine stars in 2021 when he won the Group 3 Solario Stakes at Sandown Park, and finished 2nd in the Group 2 Champagne Stakes at Doncaster.

Reach For The Moon is trained by John and Thady Gosden from their Newmarket stables, and has been touted as a possible Derby horse for a number of months.

Reach For The Moon is not only owned by The Queen, but she also bred him at the Royal Stud in Sandringham.

The horse’s Dam (mother) is called Golden Stream, a horse who had a very successful career a decade ago, and is also owned by the monarch.

Reach For The Moon’s Sire (father) is Sea The Stars who is considered by many to have been one of the greatest racehorses of all time, and won the Derby himself back in 2009.

The second of the royal battalion to be aimed at the Derby is Educator – another horse both owned and bred by The Queen.

Trained by William Haggas, Educator ran three times as a two-year-old in 2021.

His first run at Newbury in August was disappointing, with the brown colt finishing 12th of 14 runners in a seven furlong race.

Educator then finished 2nd of eight at Goodwood, before winning a maiden at Haydock in September over a mile (eight furlongs).

The Derby is ran over 1m4f (12 furlongs) which is a significant step up in distance to what Educator had been running over in 2021.

Diploma, owned by The Queen, is horse’s dam. She had modest success on the racecourse, winning a listed race in 2016.

The third of The Queen’s Derby hopefuls is General Idea, also trained by William Haggas.

Little is known about this colt as he has never been seen on a racecourse before.

It can be assumed that he must be seriously impressing his trainer at home for an entry to be made for the Derby.

General Idea is by the late Galileo – the most sought after sire in the world.

Galileo was 12-times Champion Sire, and is father to the greatest racehorse of all time, Frankel.

He won the Derby himself back in 2001, with no less than seven of his sons going on to win the race since then.

The horse’s dam is Sweet Idea, a very successful racehorse in Australia a number of years ago.

We know very little about General Idea, but his pedigree certainly whets the appetite.

A total of 91 entries have been received for the Derby, but only a maximum field of 20 can run on the day.

The field will naturally shorten in size, with numerous forfeit stages between now and June.

The dream is very much alive to the hope of a royal winner in 2022 – the year of Her Majesty’s Platinum Jubilee.