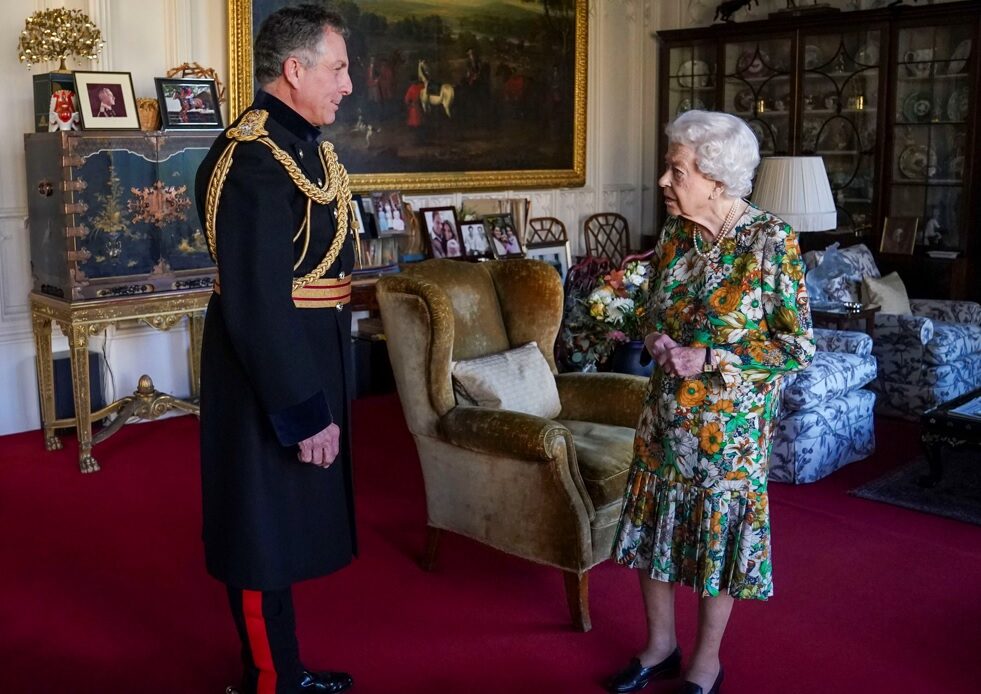 The Queen has been seen carrying out an engagement for the first time since missing the ceremony at the Cenotaph on Remembrance Sunday.

Her Majesty held an audience with General Sir Nicholas Carter at Windsor Castle.

The Queen was seen walking a few steps to meet her guest as she made her first appearance since having to pull out of Remembrance events with a back sprain.

She received General Sir Nicholas Carter on November 17th 2021 as he prepared to retire as UK’s Chief of the Defence Staff.

It’s Her Majesty’s first face to face engagement in almost a month. She attended a reception for the Global Investment Summit in October but soon afterwards, had to cancel a planned visit to Northern Ireland when doctors advised her to rest.

Since then, Buckingham Palace has confirmed that The Queen has spent a night in hospital for ”preliminary investigations” and that, on medical advice, she is sticking to ”light, desk based” duties for the moment.

It’s meant she’s missed a number of high profile events including the opening of the COP26 Summit in Glasgow and the Festival of Remembrance at the Royal Albert Hall. She had planned to attend the ceremony on Remembrance Sunday at the Cenotaph but just hours before it got under way, royal officials confirmed Her Majesty would be absent as she had suffered a back sprain.