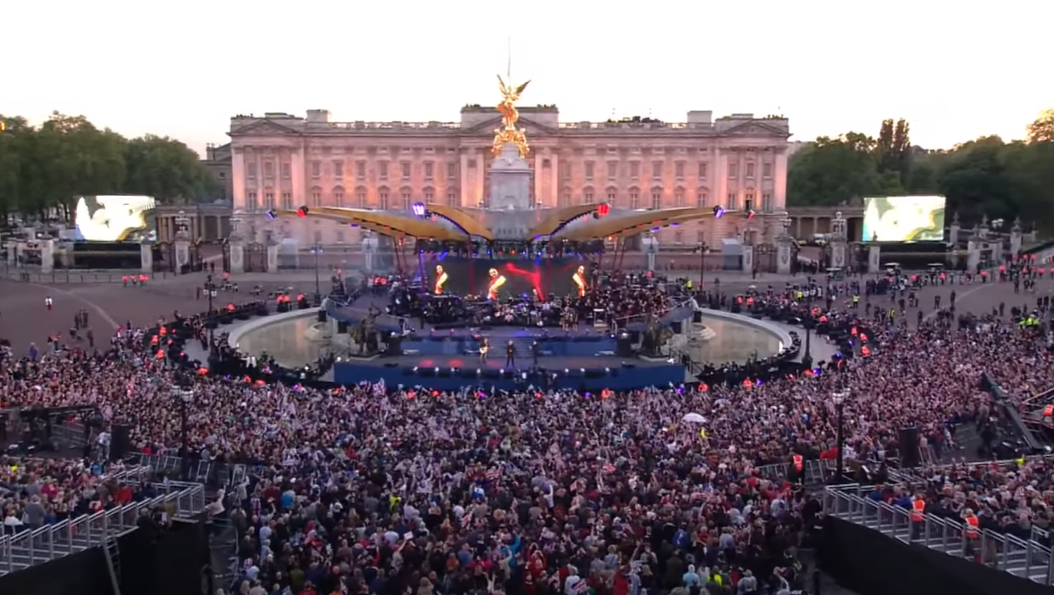 It has been announced that a concert will be held at Buckingham Palace next year to mark The Queen’s Platinum Jubilee.

Entitled ‘Platinum Party at the Palace’, the BBC will stage and produce the special live concert from The Queen’s Central London residence.

The biggest names in music and entertainment are expected to be there, with the concert being broadcast all over the world.

A palace spokesperson said the event “will bring together some of the world’s biggest entertainment stars to celebrate the most significant and joyous moments from The Queen’s seven-decade reign.”

Members of the public will be able to apply for tickets in a ballot to attend this special one-off convert.

Details of the ballot for UK residents to try and secure tickets will be announced in due course.

A further 500,000 or so people watched the concert on giant TV screens in The Mall and local parks.

Madness performed on the roof of Buckingham Palace, similar to Queen in 2002 who played the National Anthem. It is unknown which act will have the honour of playing on the palace roof in 2022.