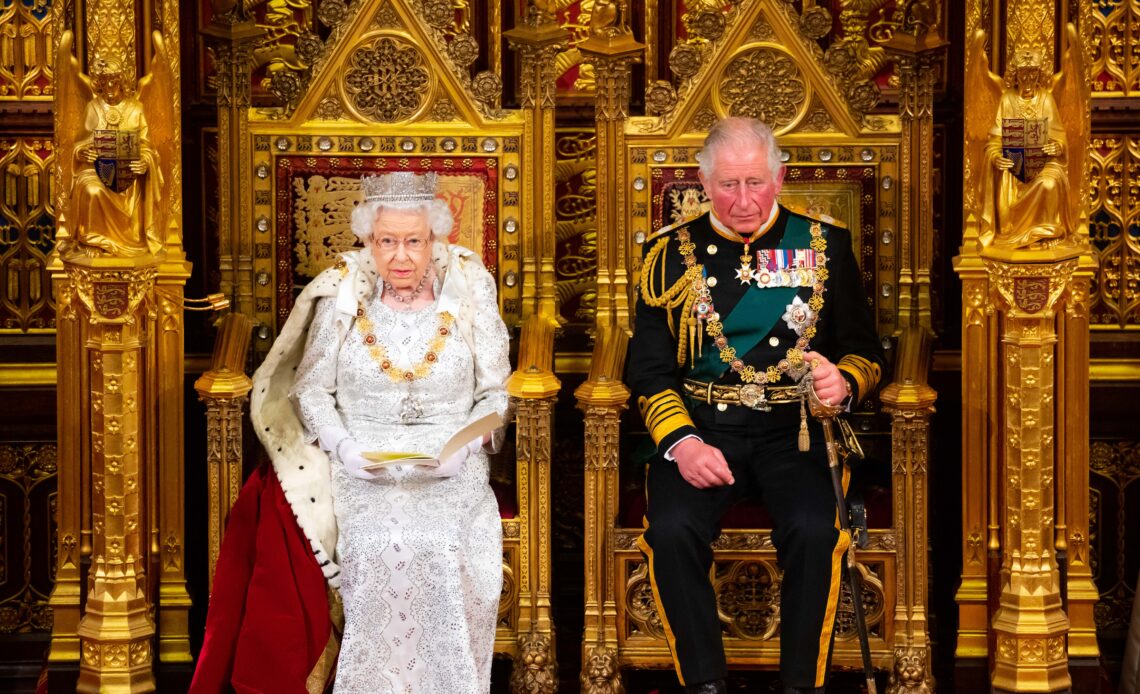 The Queen will miss the State Opening of Parliament on Tuesday for the first time in 59 years.

The last time the monarch missed the occasion was in 1963 when she was pregnant with Prince Edward.

As reported by The Sun, the 96-year-old has pulled out of the ceremonial event at the Palace of Westminster due to her mobility issues.

The Prince of Wales will stand in for his mother at the event for the first time, with the Duke of Cambridge accompanying his father.

A Buckingham Palace spokesperson said: ”The Queen continues to experience episodic mobility problems, and in consultation with her doctors has reluctantly decided that she will not attend the State Opening of Parliament.

““At Her Majesty’s request, and with the agreement of the relevant authorities, The Prince of Wales will read The Queen’s speech on Her Majesty’s behalf, with The Duke of Cambridge also in attendance.”

Prince Charles will sit besides The Queen’s throne and will read a speech prepared by the government setting out the legislative agenda.

This will be only the third time Her Majesty had not opened Parliament during her 70 year reign.

The other two absences were pregnancy related when she was pregnant with Prince Andrew and Prince Edward.

Her Majesty’s withdrawal from the event has sparked fresh concerns about her wellbeing ahead of the Platinum Jubilee celebrations in four weeks time.

It is hoped that the monarch will be able to attend some of the celebrations across the four day festivities, but it is likely Her Majesty will decide which events to attend each morning.