Remembering Prince Philip on the 100th anniversary of his birth 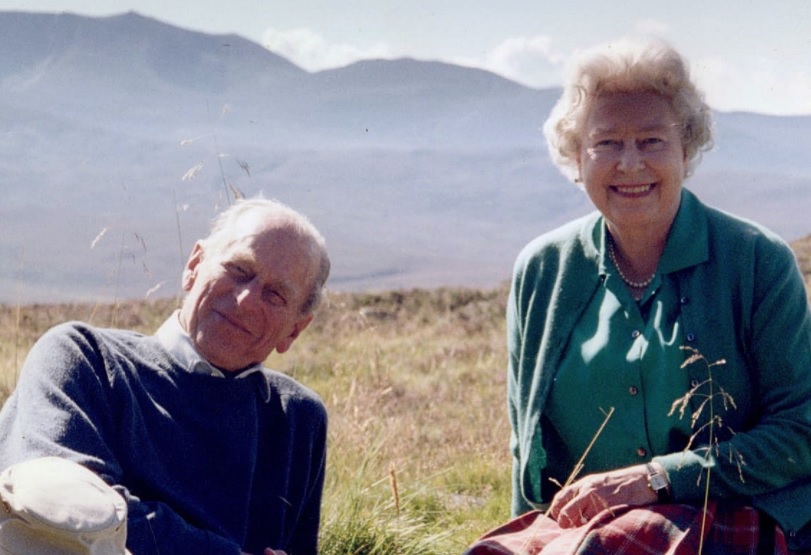 Thursday marks what would have been Prince Philip’s 100th birthday.

The Queen will be spending the day reflecting on the extraordinary life of her husband, and the impact he made during his long life.

Prince Philip died on April 9 at Windsor Castle – just a couple of months before his 100th birthday.

Before his death, Buckingham Palace was considering the best way to mark Prince Philip’s birthday, which he would have wanted to be a low key affair..

Royal commentator for Sky News, Alastair Bruce, said: “The Duke of Edinburgh was never much interested in birthdays himself. Still less, being a 100.

“In fact, he didn’t ever want to live that long, and managed to die just two months short of the centenary of his birth.

“And yet, after he died, we’ve started this process of reflecting on his contribution and very much as when Queen Victoria’s husband the Prince Consort died in 1861, the nation is discovering that in fact Prince Philip did a great deal more than people realised.”

The Duke of Edinburgh was one of the towering figures of British royal history. For over seven decades, he was at the forefront of royal life. He became the longest serving consort in British history, just one of several royal records attained during his long life. However, it was his ability to shape an ill defined role to his own suiting and his passion for a wide range of causes that became his legacy. His loss leaves a huge gap in the House of Windsor.

The story of the man who became the longest lived male member of the British Royal Family began in Greece. Philip was born on June 10th 1921 in Corfu, the son of Prince Andrew of Greece and his wife, Princess Alice of Battenberg. His father was a younger son of the late King George I of Greece. At the time of Philip’s birth, the throne belonged to Andrew’s brother, King Constantine I, but in 1922, he was forced to abdicate following a revolution. Philip’s father almost lost his life but escaped, fleeing into exile with his wife, their son and four daughters. The family settled in Paris.

Philip’s education began in France but his childhood would be far from stable. His parents’ marriage began to crumble and, in 1928, he was sent to England where he was placed under the guardianship of his grandmother, the Dowager Marchioness of Milford Haven and attended Cheam School. His father went to Monte Carlo while his mother suffered serious mental health problems. She was placed in asylum and saw little of her family. Philip was sent, briefly, to a school in Germany but the rise of Nazism saw him brought home and packed off to Gordonstoun in Scotland. He suffered another, huge blow in 1937 when his sister, Cecile, was killed in an air crash along with her husband and their children.

In 1939, Philip left Gordonstoun and enrolled at Dartmouth Naval College in Devon for a term before returning to Greece to be with his mother. But this family reunion was short lived. His cousin was now King George II of Greece and he asked Philip to return to Devon to continue to prepare for service with the Royal Navy as the spectre of war loomed. Prince Philip saw active service during World War Two and was mentioned in dispatches for his actions during the Battle of Cape Matapan. He was promoted to First Lieutenant at the age of 21 and helped save HMS Wallace from a night bomber attack in 1943. As the war came to an end, in August 1945, he was serving in the Pacific and was present in Tokyo Bay when the Japanese surrender was signed. Philip returned to England.

However, his quiet time at the Petty Officers’ School in Wiltshire wouldn’t last long. While still at Dartmouth he had met Princess Elizabeth. Following World War Two, they began a relationship and announced their engagement in July 1947. Philip had to borrow diamonds from his mother’s tiara to be able to muster up a ring fit for a future queen.

Born a Prince of Greece and Denmark, he gave up his royal titles ahead of his marriage and became known as Philip Mountbatten. His future father-in-law, George VI, raised him to HRH days before the wedding and created him Duke of Edinburgh, Earl of Merionieth and Baron Greenwich.

The marriage of Princess Elizabeth and The Duke of Edinburgh was to be a bright spot of celebration for a country still recovering from war. The ceremony took place on November 20th1947 at Westminster Abbey with the newlyweds appearing on the Buckingham Palace balcony afterwards to a huge crowd.

He became a father twice in the following three years as he and his wife welcomed first a son, Charles, in 1948 then a daughter, Anne, in 1950. Philip took control of renovating their new home at Clarence House but his naval career kept him overseas for some of this period. By 1951, he and Princess Elizabeth were taking on an increasing number of duties for George VI whose health was failing. Among them was an overseas tour which saw them leave London at the end of January 1952 with the King waving them goodbye. On February 6th, while they were in Kenya, Philip was told his father in law had died. He had to break the news to his wife, informing her that not only had she lost her beloved parent, she was also now Queen.

As the couple arrived back in London the following day, Philip waited several moments before following his wife down the plane steps. His new role as a consort, always several paces behind, had begun. He would sometimes complain of the imbalance that brought their relationship, noting that his children couldn’t even take his name, but he quickly set about turning his position into a force for change.

He took on the patronage of over 800 organisations throughout his time as consort with a particular focus on the environment, industry and supporting young people. In 1954, he came up with the idea of a scheme that would encourage young people to learn new skills and reach their full potential. The Duke of Edinburgh Award Scheme would go on to help millions of people around the world. The Duke was UK then international President of the World Wildlife Fund for Nature while his passion for green issues developed and grew throughout his public life.

That work continued in parallel with his role at his wife’s side. The Duke of Edinburgh accompanied the Queen on a wide range of tours and State Visits around the world as well as countless duties in the United Kingdom. His public life wasn’t without controversy and he became well known for his gaffes which at time brought him heated criticism. However, his devotion to duty was never questioned while his forthright nature also revealed the fundamental understanding of democracy that lay at the heart of House of Windsor, saying at one time that ‘’the monarchy…exists in the interests of the people.’’

The Duke of Edinburgh was acutely aware of the damage to the public reputation of the House of Windsor brought about by the trials and tribulations of his family’s private lives. Charles and Anne had been joined by two younger brothers, Andrew (born in 1960) and Edward (born in 1964). By the early 1980s, a series of royal weddings and the arrival of a string of grandchildren had cemented the happy family image but by the early 90s that unravelled rapidly. The divorces of The Prince of Wales, The Duke of York and The Princess Royal within a few years of one another decreased the popularity of the institution. In 1997, the death of Diana, Princess of Wales led to an outburst of public anger that seemed, at one point, to threaten the future of the Royal Family. Prince Philip, along with The Queen, made his grieving grandsons, Prince William and Prince Harry, the priority in the days and weeks following Diana’s death. But he would be integral to the rebuilding of the family’s image in the years that followed.

By the early 21st century, focus on the long lasting contribution of The Queen and The Duke of Edinburgh increased with the Golden Jubilee of 2002 bringing plaudits for both. As they saw their grandchildren begin to marry, they took on advisory roles for the new generation while Prince Philip, like his wife, began the gradual process of passing on patronages.

He retired from public life in August 2017, marching off the fore court of Buckingham Palace in the rain with a quick wave and little fuss. Buckingham Palace had said he would continue to attend major events, as he felt appropriate, but in reality his appearances following that were few and far between. A routine hip replacement operation in April 2018 was followed by an unexpected admission in December 2019 for what was described as a ‘’pre-existing’’ condition although he was well enough to join his family at Sandringham for Christmas that year.

The Norfolk estate had become his main home by then. He spent most of his time at Wood Farm at Sandringham, following his retirement. A car accident there in early 2019 resulted in a public apology from the Duke who gave up his driving licence soon afterwards. The last months of his life saw him living at Windsor Castle with The Queen. It was from there that he was taken to King Edward VII Hospital in February  2021. He was later transferred to St. Bartholomew’s Hospital in London where he underwent successful heart surgery. He returned to Windsor in March and was at home with his beloved wife when he passed away on the morning of April 9th 2021.