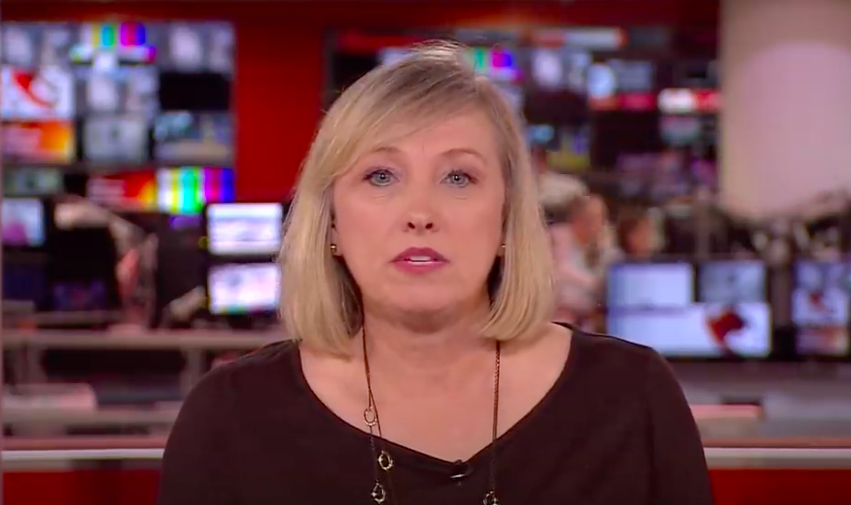 BBC News presenter Martine Croxall has been praised for her sensitive handling of announcing the death of Prince Philip across BBC Television networks.

Ms Croxall was scheduled to present the 11am – 1pm slot on the BBC News Channel on Friday morning and had little idea that she would be tasked with announcing the news of the Duke of Edinburgh’s death to the world.

Shortly after midday, BBC television cut to a black screen.

Ms Croxall then appeared saying: “We are interrupting our normal programmes to bring you an important announcement.

“We’ve just received a statement from Buckingham Palace confirming that the Duke of Edinburgh has died”.

Here is how BBC One announced the death of the Duke of Edinburgh pic.twitter.com/21Kdnj72sr

The National Anthem was they played across the BBC’s networks.

Ms Croxall has received high praise on social media for her sensitive handling of the news with such little preparation.

Stefan Roberts said: “Well done to Martine Croxall for getting this moment just right. Unbelievably hard thing to do.”

Conor O’Grady tweeted: “It’s probably been rehearsed several times, but nothing would ever match that moment. You can hear the emotion in Martine Croxall’s voice at this historic moment- perfect delivery at a time of national mourning.”