Looking Back: What it was like to camp out for Prince Harry and Meghan Markle’s Wedding 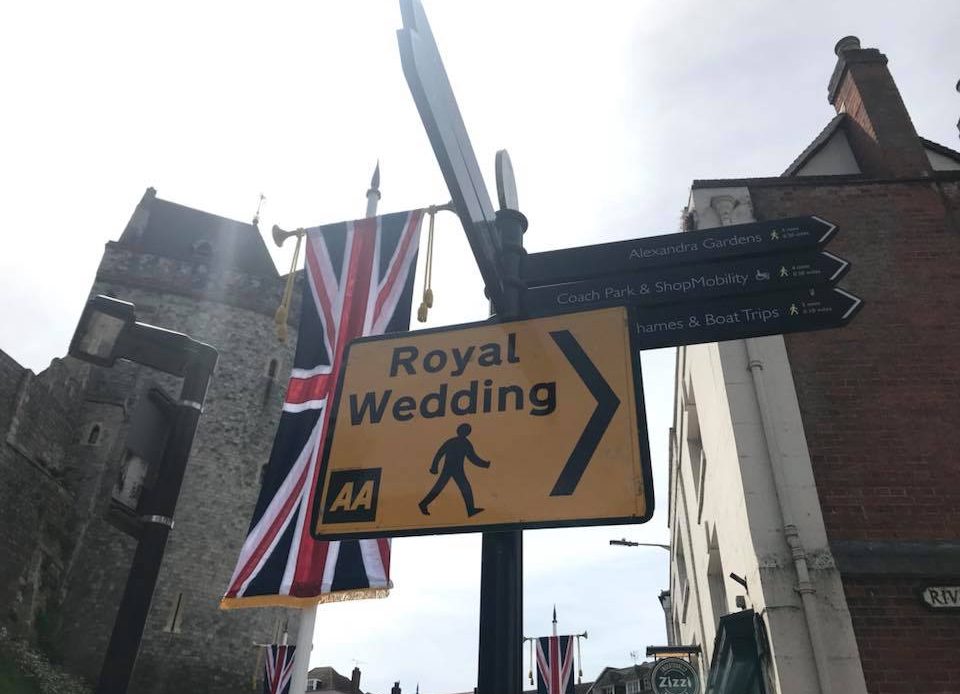 Attending the Royal Wedding of Prince Harry and Meghan Markle was like a dream.  Growing up, I was obsessed with princesses and becoming a princess myself, which may explain why I proclaim myself as a royalist today.  Prior to studying abroad in the summer of 2018 my plan was always to go to Windsor on the day of the wedding to get a glimpse of the famous couple.  Little did I know just how special this experience would be.

Originally, my flight through the study abroad program was supposed to get in the morning on the day of the wedding. But being the date was so close, I made the decision to make individual travel plans, landing in London just two days prior to the wedding.

Windsor lies about 45 minutes outside of central London.  The day before the wedding, I had taken a train out to Windsor to explore the area and get an idea of where I may want to stand for the big day.  All around there were signs and shop windows celebrating the engaged couple.  People had blankets and tents and were literally camping out for the newlyweds’ carriage procession the next day. I heard stories of when people waited out to see Prince William marry Catherine Middleton and how they witnessed other royal events. The feeling of excitement was overwhelming. It was hard to keep a smile off of my face.

While I was planning to come early in the morning on the wedding day, after seeing the number of people on the streets in the mid-afternoon that Friday, I made the decision to camp out for the wedding.  At about 6:30 that evening I found a spot on High Street just around the corner of Windsor Castle. I would be one of the first to see the newly married couple as they rode through the streets of Windsor.

While I had a hotel in London, essentially my room was left to hold my luggage. I brought the necessities out and parked myself to wait. On one side of me was woman from Australia, on the other, a man from Windsor who shared wine and cupcakes with us while we waited.

All throughout the night people were ecstatic.  It was rare to find someone sleeping. People were up chatting all night about what they thought the bride would wear and other topics alike. Once Meghan made her way to the Chapel, everyone pulled out their phones to catch any glimpse that they could of the dress. While the actual ceremony was going on, they played an audio feed throughout the streets so all of the spectators could hear the big event and there were huge cheers ringing through the streets once the couple said their vows. With no video screen in our area, the anticipation grew.

When Harry and Meghan made their way down the street, the crowds roared with excitement.  The couple looked so happy and Meghan’s tiara nearly blinded me with how the sunlight hit it and made it sparkle.  I even received a wave from Prince Harry himself. These are truly moments I will never, ever forget. I grew up seeing Prince Harry in photos and videos, but never did I think I would get to see such a big, important day in history. Let alone to be apart of such a special day in Harry’s life.

Afterwards, it was total chaos trying to leave the area as barricades were still up and people were packing up camp. It was a long wait to get on the trains back to the London area. Everyone was exhausted, and smiling.

While the crowds were sad to see the day over, everyone was just excited for the future that lay ahead.