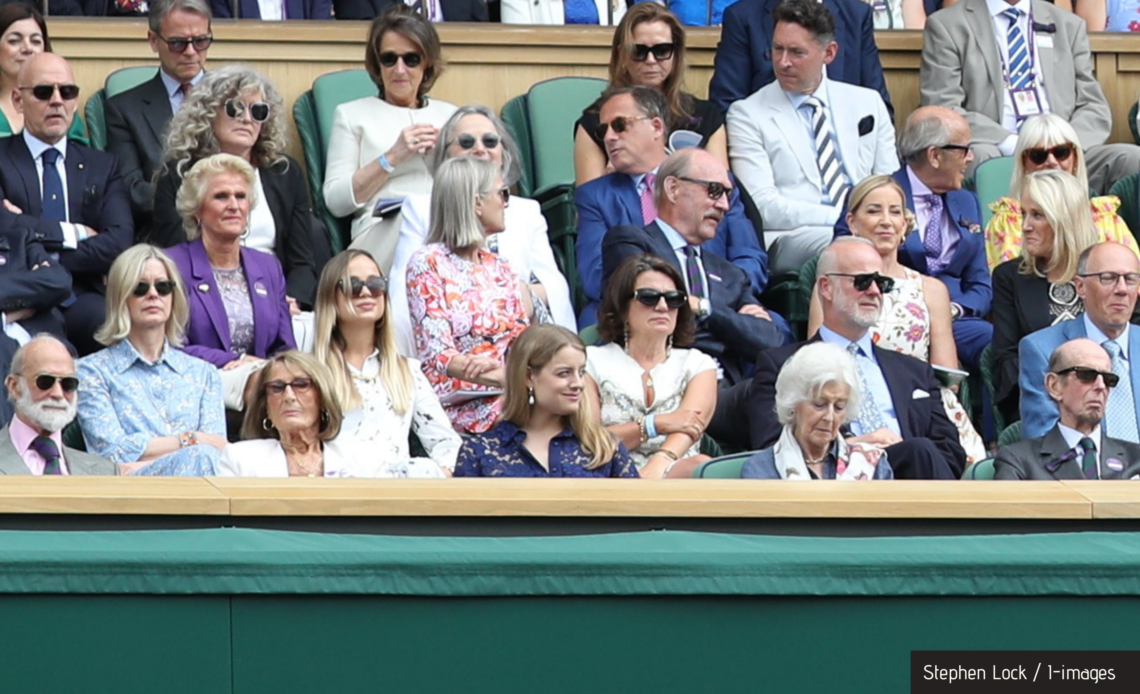 The Duke of Kent’s family filled the Royal Box at Wimbledon on Sunday to watch the 85-year-old royal present his final championship trophy.

Sitting in the Royal Box were the Prince’s two siblings – Prince Michael of Kent and Princess Alexandra.

Two of the Duke’s children were also present – the Earl of St Andrews and Lady Helen Taylor.

They were joined by their spouses, the Countess of St Andrews and Timothy Taylor.

The Duchess of Kent was not present.

The Kent Family have long been associated with Wimbledon. The Duke of Kent retires as the President of The All England Lawn Tennis club after 52 years at the helm.

He inherited the presidency from his mother, Princess Marina, Duchess of Kent, who, in turn, inherited it from her husband. The Duchess of Kent was a regular attendee and trophy presenter while she still carried out royal engagements.