The Duchess of Kent and Wimbledon – a complicated relationship 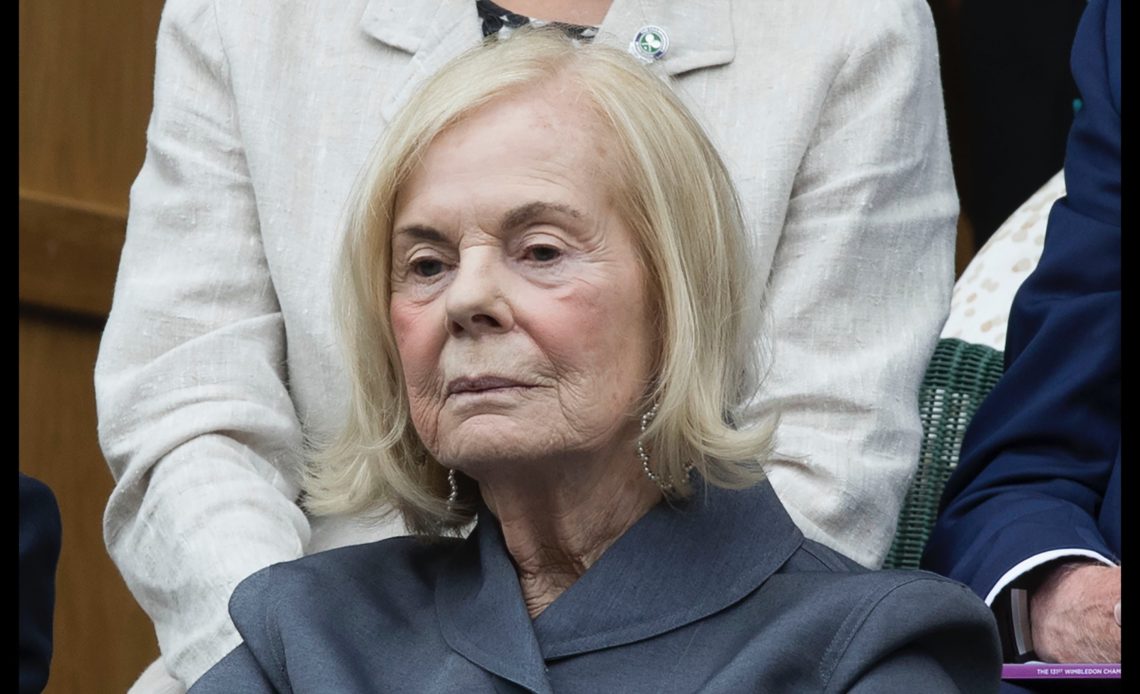 Many will only know the Duchess of Kent as the lady who attended the Wimbledon Tennis Championship Finals every year to hand out the prizes, famously letting Jana Novotna cry on her shoulder in 1993. The Duchess of Kent, or Katherine Kent as she prefers to be known, has become an uncommon face in the British Royal Family over the years, and very rarely makes public appearances. But, she once was a regular at Wimbledon until a few years ago when she had a dispute with the organisers.

Katherine’s public appearances are so rare in fact that Wimbledon was one of the only occasions she was seen at. Although she hasn’t been spotted at the 2019 tournament yet, she is liekly to make a discrete appearence over the next fortnight. In 2017, Katherine made an appearance in the Royal Box at Wimbledon – the first time in many years.

Along with her husband, the Duchess of Kent began handing out trophies to the winners of Wimbledon in 1969. It is a tradition she continued until 2001, well after she retired from royal life. The last person to be awarded a prize from Katherine was Venus Williams who won that year. Her husband, the Duke of Kent, continued to present the prizes at Wimbledon until his retirement from the role in 2021.

Katherine is probably best known for the presentation of prizes in 1993 when she comforted Jana Novotna, who burst into tears after losing the final to Steffi Graf. This moment went down in tennis history, and people found a new admiration for a royal they might not have previously heard of. In another year, the Duchess was determined to hand out prizes to the winners of Wimbledon despite having her foot in a cast.

In another display of kindness, the Duchess helped Martina Navratilova’s mother get a UK visa. This was after she heard the story of how none of Navratilova’s family could watch her win the championship because they could not leave communist Czechoslovakia.

Despite her popularity with tennis fans and her love of the sport, her relationship with Wimbledon and its Chairman went sour. In 1999, the Duchess wanted to take the 12-year-old son of a murdered headmaster to Wimbledon as a treat. Philip Lawrence was a headmaster who was stabbed to death outside the gates of his school in London when he went to the aid of a pupil who was being attacked by a gang.

Katherine reportedly received a “curt letter” from the club chairman, John Curry, who told her only royal children could enter the Royal Box, and so the 12-year-old boy would not be allowed to sit with the Duchess. This infuriated Katherine so much that she said she would boycott the tournament altogether. The Chairman apologised, however, he still would not let children into the Royal Box unless they were royal children.

Since this incident, the Duchess has rarely attended Wimbledon, but friends insist she has not “boycotted” the tournament.

One friend said: “it’s simply not her style. She goes there every year, often sitting with friends in the cheap seats where no one notices her.”

In 2018, the Duchess sat down for a rare TV interview with the BBC where she spoke about Wimbledon.

Speaking of the championships, Katharine said: “I think it is truly the best thing in the world; the atmosphere is electric.”

She continued: “I was so frightened about going to onto Centre Court. Even just walking into the royal box is absolutely incredible. You are so close – that is amazing.”

Since her retirement as a member of The Royal Family, she gave up her ‘Royal Highness’ title and lives a life of solitude and quiet. She recently returned to teaching music in a Kensington state school attended by survivors of the Grenfell Tower fire.