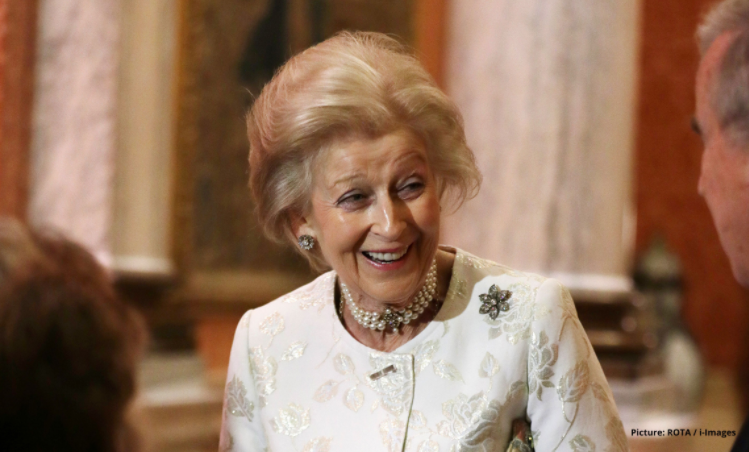 Princess Alexandra presented the trophy to the winning connections of Saffron Beach – an impressive winner of the Duke of Cambridge Stakes.

Her Royal Highness took to the stage in the centre of a packed paddock to present the trophy to the Sangster family who own the horse.

Jane Chappell-Hyam trained the horse to victory – the trainer’s 2nd Royal Ascot win after Judgethemoment won the Ascot Stakes in 2009.

William Buick was the winning rider, and accepted his prize from the 85-year-old Princess.

Her Royal Highness presented the trophy in the race named after the future heir to the throne.

The Duke of Cambridge Stakes used to be known as the Windsor Forest Stakes, but in 2013, it was renamed in honour of Prince William.