Before they were royal: The life of Princess Michael of Kent 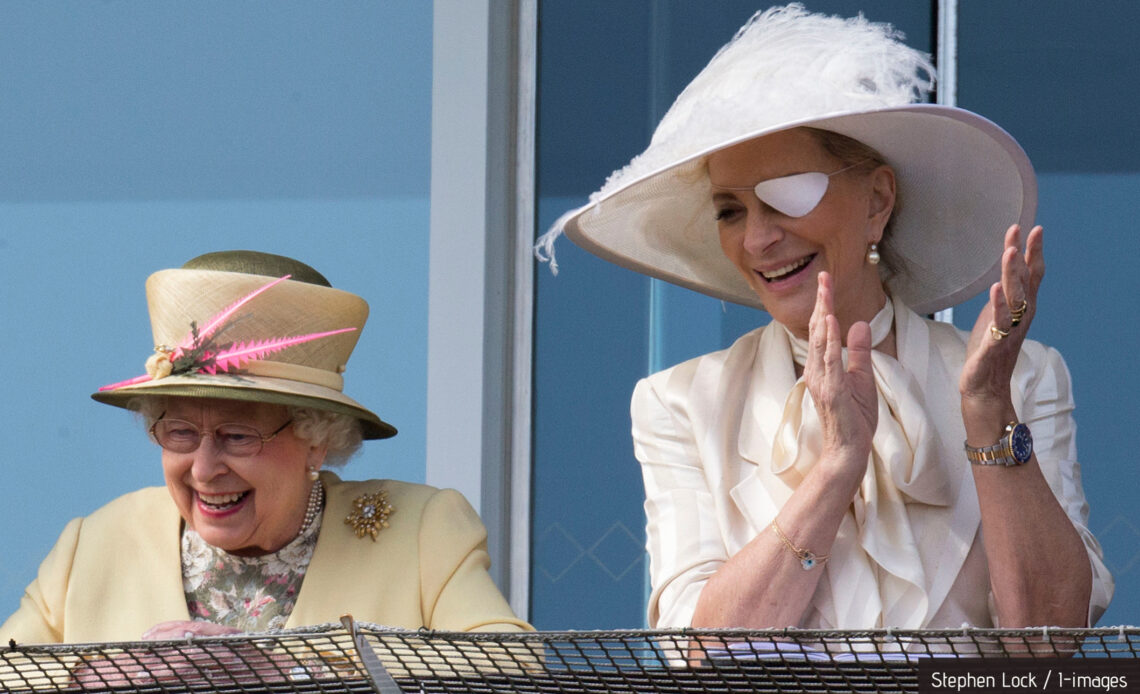 One of the most interesting – and controversial – members of the British Royal Family has always been tied to royalty. We’re taking a look at the early life of Princess Michael of Kent, an accomplished author, interior designer, mother, grandmother, and wife to The Queen’s first cousin.

She was the daughter of German Baron Günther Hubertus von Reibnitz, and Hungarian Countess Maria Anna Carolina Franziska Walburga Bernadette Szapáry, a celebrated skier who competed for Austria in the 1936 Olympics.

Marie Christine had royal blood from her mother’s side of the family, as a granddaughter of Princess Hedwig von Windisch-Graetz. But she could trace her lineage on both sides of the family to grand European families, and was once reported as saying she had “more royal blood in her veins than any person to marry into the Royal Family since Prince Philip.”

She was born in turbulent times, just months before World War II ended. The infant had to take haven with her parents and brother in American-occupied Bavaria when threatened by the Soviet army in 1945. It wouldn’t be until decades later that she would discover her father was, in fact, a member of Hitler’s elite guard and joined the Nazi Party in 1930.

The news broke in 1985 when a historian writing a book about the Royal Family discovered that Princess Michael’s late father was actually German, not Austrian, as claimed. Further investigation revealed his Nazi role.

The Princess said in a TV interview that she knew her father had been a member of the party but grew up thinking it was an honorary role and a matter of protecting himself. But when the news broke, Princess Michael phoned her mother, who confirmed he’d been a member of the SS, which had been responsible for running the concentration camps.

”Here I am, 40-years-old, and I discover something that is really quite unpleasant. I shall just simply have to learn to live with it,” she said.

Her parents divorced in 1946, and young Marie Christine moved to Australia with her mother and brother while her father fled to Mozambique, known at the time as Portuguese East Africa. Marie Christine attended a Catholic school in Sydney, Kincoppal Rose Bay, and her mother opened a beauty salon.

Perhaps due to his past affiliations, Marie Christine, who was only a baby when her parents separated, never saw her father again until she was a teenager in the 1960s. However, they did write each other letters. Most of their correspondence was centred around her constant questions about African animals, especially the cheetah.

In her recent autobiographical book, A Cheetah’s Tale, Princess Michael said, “The exotic prospect of visiting my unknown, heroic-by-reputation and therefore idolised father in the jungle coloured my teenage years.”

In October 1961 she arrived in Mozambique for an extended visit, a time she says was one of the happiest of her life. This is when her passion for conservation, especially for cheetahs, grew, and she even hand-reared an orphaned cheetah cub.

Later, Marie Christine moved to Vienna, and then to London, where she discovered another great passion – this time for the arts and interior decorating. She took courses in History of Fine and Decorative Art at the Victoria and Albert Museum before working as an apprentice for some of the city’s top interior designers. She then opened Szapar Designs, her own interior design firm. She also studied history, and later this came into play in her career as a writer of nonfiction and historical fiction.

Marie Christine met her first husband at a boar hunt in Germany. Thomas Troubridge, an English banker, was the brother of a Baronet. The couple married on 14 September 1971 in London, but the marriage was not to last, and they separated two years later. In 1977, they were civilly divorced.

Marie Christine then met The Queen’s first cousin, Prince Michael of Kent. His father, Prince George, Duke of Kent, was a brother of King George VI (Queen Elizabeth II’s father). The pair soon fell in love, but there were two problems: Marie Christine was divorced, and also a Catholic.

No divorcee since Wallis Simpson had married into the family. And due to the Act of Settlement of 1701 (which blocked anyone who married a Catholic from succeeding to the throne) Prince Michael of Kent, who was 15th in line to the throne, had to give up his right to the succession in order to marry her.

Marie Christine’s first marriage was ecclesiastically annulled by the Pope in 1978. One month later she married Prince Michael, on 30 June 1978 in a civil ceremony in Vienna.

Prince and Princess Michael of Kent went on to have two children, Lord Frederick “Freddie” Windsor and Lady Gabriella Windsor. They are grandparents to Freddie’s daughters Maud (who attends school with Prince George) and Isabella. The couple recently celebrated their 40th wedding anniversary.