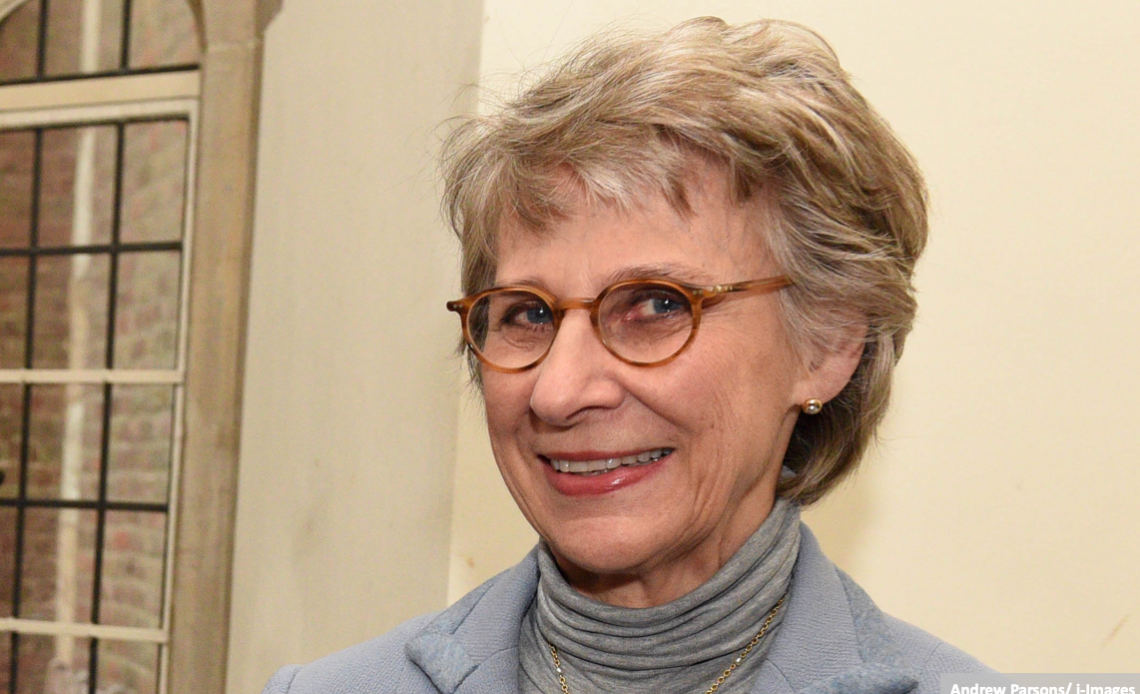 The Duchess of Gloucester presented an important tennis award to an Isle of Man resident who has devoted 60 years to the sport.

In a virtual ceremony, the Duchess presented the Lawn Tennis Association’s Lifetime Achievement Award to Pat Sharp for her “long-term commitment to tennis and showing sustained teamwork and leadership since the 1960s.”

“Many congratulations Pat,” the Duchess said in the video announcement.

She continued: “You so deserve this trophy for your outstanding commitment to tennis over 60 years. I have no doubt that Isle of Man tennis will be forever in your debt.”

The LTA Tennis Awards were first held six years ago to celebrate the achievements of the players, coaches, officials, volunteers, and venues within the United Kingdom. In addition to Sharp, there were 15 other people recognised at the awards ceremony across all levels of play: grassroots, county, regional and national.

Per the LTA, Sharp’s win was based on the huge impact she’s made on tennis on the Isle of Man, working to make the sport more accessible for everybody, and introducing children to the sport as well. The LTA notes that she has played a lead role at the Albany Lawn Tennis Club for nearly 60 years, serving on its committee for 59 of those years; and then helped set up the Isle of Man Lawn Tennis Association in 1973, leading the fundraising charge to build its first indoor tennis court.

Sharp has also served on the IOM Sports Council, and received the LTA Meritorious Service Award in 2000.

“The LTA Tennis Awards are a real celebration of the people that make our sport thrive,” said the LTA’s President, David Rawlinson, in a statement. “They celebrate the achievements made by outstanding volunteers, coaches, officials, venues and players, who are all vital in helping us to grow the game.

“The past year has been challenging for everyone, but to see the tremendous positive contributions the nominees have made to the sport and to their communities has been tremendously uplifting.”