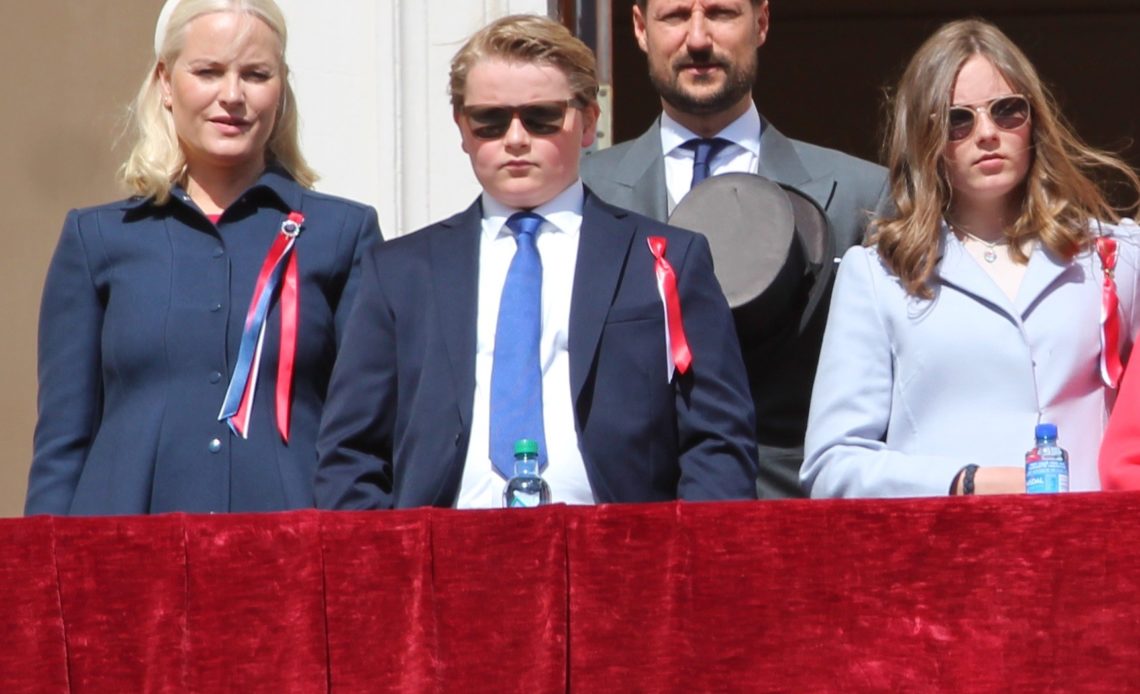 The British Royal Family has a vast line of succession with over 5000 monarchs in waiting, but the line also has links to European monarchies.

King George II, who was King from 1727 to 1760, has links to many of those who are now heads of Europe’s royal families because King George II’s children and grandchildren married royals from all over the continent. The children of Queen Victoria followed in similar footsteps.

Upon becoming independent in 1905, Norway decided to remain a monarchy through a referendum. The first monarch would be the Danish-born King Haakon VII. His family consisted of the British Princess Maud, and their son Olav. King Haakon’s descendants make up the current royal family of Norway.

But what European royals are in Britain’s line of succession? In this first of its series, Royal Central takes a look at Norway’s Royal Family and where they stand in the line of succession to the British throne.

King Harald V ascended to the throne upon the death of his father, King Olav V in 1991. King Harald is a second cousin of The Queen as they both share King Edward VII and Queen Alexandra of the United Kingdom as great-grandparents.

Haakon, Crown Prince of Norway is the only son of King Harald V and Queen Sonja, making him the heir apparent to the throne of Norway. The Crown Prince does have an older sibling, Princess Märtha Louise of Norway. In 1990, the Norwegian constitution was altered allowing the eldest child, regardless of gender to take precedence in the line of succession. However, this was not applied retroactively.

Born in 2005, Prince Sverre Magnus is the younger child of Crown Prince Haakon and Crown Princess Mette-Marit. He is currently third in line to the Norwegian throne, following his sister, Princess Ingrid Alexandra. Sverre Magnus precedes his sister in the British line due to male-preference cognatic primogeniture for those born before 2011. Her Majesty The Queen is one of Sverre Magnus’ godparents.

Born in 2004, Princess Ingrid Alexander is the elder child of Crown Prince Haakon and Crown Princess Mette-Marit. She precedes her brother in the Norwegian line of succession due to the absolute primogeniture implemented in 1990 and is set to become the country’s second female monarch, after the 15th-century Queen Margaret.

Princess Märtha Louise is the eldest child of King Harald V and Queen Sonja. She was not in line to the Norwegian throne until 1990 because of the rules within the Norwegian constitution.

Maud Angelica is the first child of Princess Märtha Louise and her husband, Ari Behn. She is also the eldest grandchild of King Harald V and Queen Sonja.

Haakon is the son of Norwegian businessman Erling Sven Lorentzen and Princess Ragnhild. The Princess is the older sister of King Harald V and Princess Astrid.

Olav is the eldest son of Haakon Lorentzen and Martha Carvalho de Freitas.

Sophia is the youngest child and the only daughter of Haakon Lorentzen and Martha Carvalho de Freitas.

Born in December of 1988, Victoria is the only child of Ingeborg Lorentzen and Paulo César Ribeiro Filho.

Born in 2016, Frederik is the only son of Victoria and Felipe Sampaio Octaviano Falcão.

Ragnhild Alexandra Lorentzen is the younger sister of Haakon and Ingeborg. Ragnhild married Aaron Matthew Long and together they had two daughters.

Elizabeth Lorentzen Long was born in March of 2011.

Princess Astrid is the second daughter of King Olav V and his wife, Princess Märtha of Sweden. She is also the older sister of King Harald V and the younger sister of the late Princess Ragnhild.

Alexander is the elder son of Princess Astrid. He was born 15 March in 1965.

Stella is the daughter of Alexander and she was born in 1998. Her elder brother was born before their parents married and is not in the line of succession.

The line continues with the other children and grandchildren of Princess Astrid.