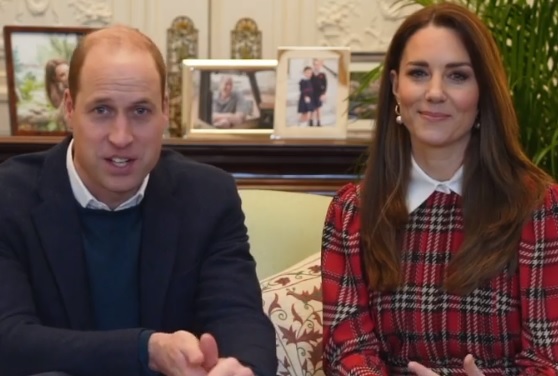 YouTube gained two new content creators on Wednesday, with the announcement from The Duke and Duchess of Cambridge that they’ve launched a personal channel to document their work.

In a quick teaser video posted to the channel, which is simply named The Duke and Duchess of Cambridge, William and Kate shared behind-the-scenes footage of various events they’ve attended over the year and a few outtakes from videos they’ve filmed in the past.

The couple shared the news via their social media platforms, writing, “Better late than never – we’re now on YouTube.”

In the video, Prince William tells Kate, “By the way, be careful what you say now because these guys, they’re filming everything.”

Kate laughs, “I know!” The intro was filmed at their Anmer Hall home.

Later, towards the end of the video, the two discuss how to pronounce Irish words while recording their part for a special St. Patrick’s Day video commissioned by the Irish Government.

“You don’t need to roll your r’s,” the Duchess says. The Duke replies, “Do I not roll those?”

In between, footage of visits to Bhutan, to The Passage charity, meeting Sir David Attenborough, and of the couple looking at Hold Still billboards last fall are spliced in with music. It is anticipated that the royals will use their channel to share content moving forward.

William and Kate also updated their Instagram account on Wednesday: previously it used the handle @kensingtonroyal but now uses @dukeandduchessofcambridge. The old handle has been retained but is set to private, and directs followers to the new account, where all of their existing content remains.

William and Kate currently have 12.7 million followers on Instagram.