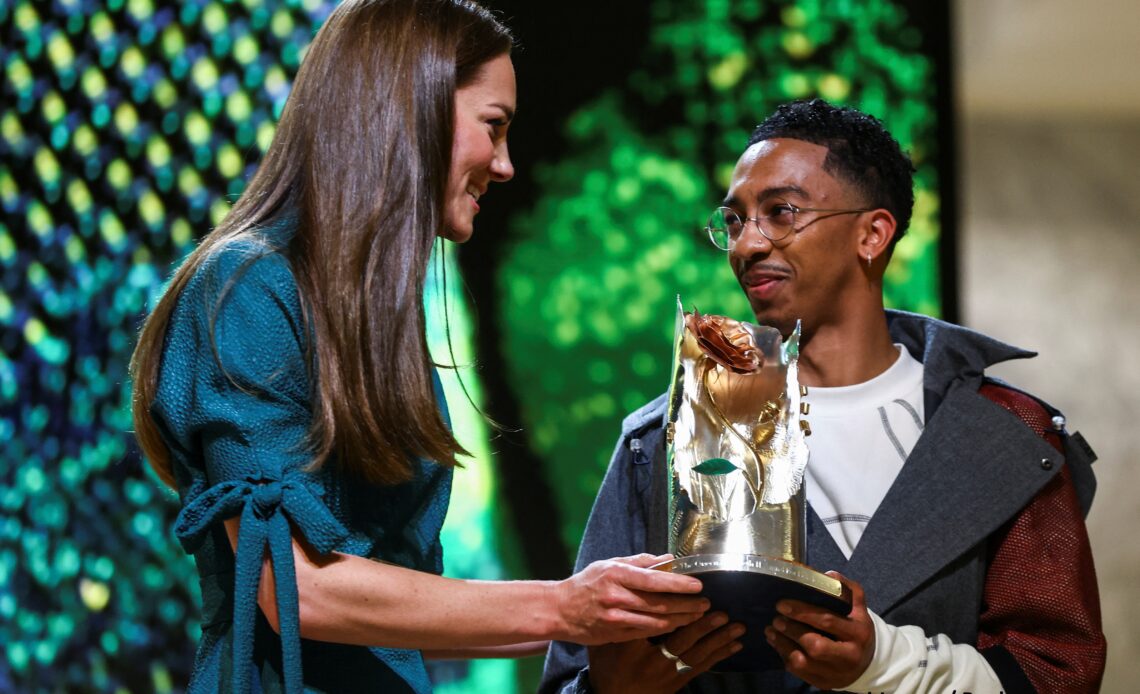 The Duchess of Cambridge stepped out in style as she presented The Queen Elizabeth II Award for British Design at London’s Design Museum.

The award which was set up five years ago recognises the cultural and trade role British design and the fashion industry have played throughout The Queen’s 70-year reign. This year’s recipient is Saul Nash, a British designer, and choreographer. Nash was recognised for his “innovative take on design” and the development of new materials. This includes imbuing sportswear design with traces of heritage, performance, and technical innovation.

Nash said after being named the winner: “Words cannot describe what this means to me. In such a short space of time I am so grateful for what I have gained in the past eight months. This really is the cherry on top for everything Woolmark has done for me.”

Each year, a designer is selected by the British Fashion Council in collaboration with the Royal Household. The trophy is inspired by The Queen Elizabeth rose and is hand-produced by Lucy Price at Bauhinia Studios in Birmingham’s Jewelry Quarter. Previous recipients of the award include Bethany Williams, Rosh Mahtani of Alighieri, and Priya Ahluwalia. When Richard Quinn won the inaugural award in 2018, Her Majesty made a surprise appearance at Quinn’s runway show to present the award.

During the awards, the Duchess wore a belted emerald green dress by British-Canadian designer Edeline Lee. During the outing, she viewed several designs presented by the British Fashion Council Foundation which supports the future growth and success of Britain’s fashion industry. The foundation works to do this through education, grant-giving, and business mentoring. The Duchess also had a chance to meet representatives from the council as well as people in the industry including the Editor-in-Chief of British Vogue, Edward Enninful.

The women of the royal family have been taking turns presenting the award. In 2019, it was presented by Camilla, Duchess of Cornwall. The Princess Royal took on the honours in 2020 and Sophie, Countess of Wessex presented the award in 2021.