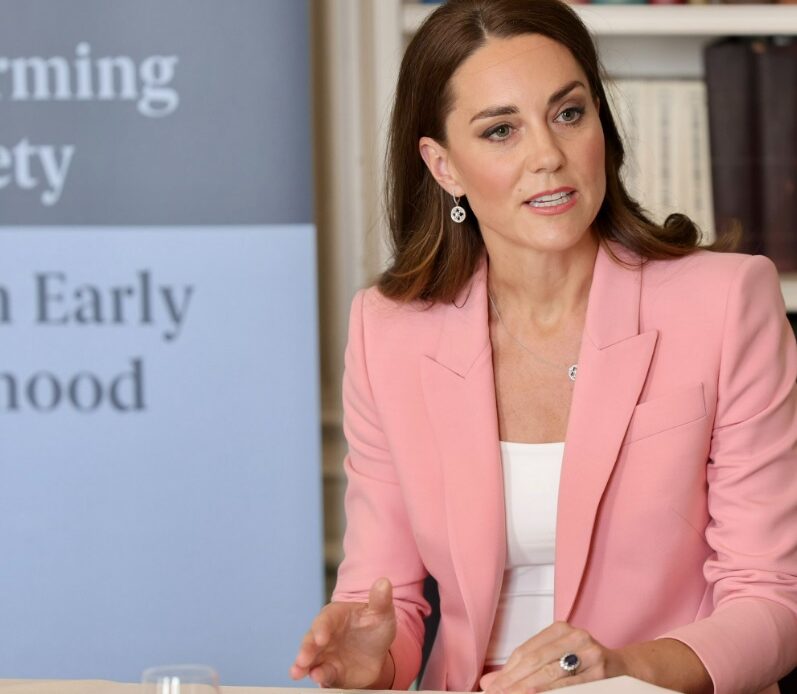 The Duchess of Cambridge has led her first roundtable with UK politicians to discuss early childhood development.

The roundtable marked the one-year anniversary of the launching of the Royal Foundation Centre for Early Childhood. It also marked another chance to highlight the importance the first five years of a child’s life can have on their future.

The mum of three asked to prioritise the well-being of children whether that be by having adults around them, or directly helping a child. The Duchess was joined by the Health Secretary, Sajid Javid, officials from the health and social care and education departments as well as Minister for Families, Will Quince.

The Duchess unveiled the findings of an Ipsos study done by the Royal Foundation Centre for Early Childhood. In that new research, it was found nine in ten agree the early years are important to shaping one’s future life. Community support networks are found to be crucial for parents. It also found parents are more likely to seek support for a child’s physical wellbeing rather than their emotional and social development.

In her own statement released alongside the report, the Duchess said: “The findings published today present us with a huge opportunity and demonstrate there is real appetite from the public to bring this issue up [in]  all of our agendas,” she said. “There is more we can all do – every member of society can play a key role, whether that is directly with a child or by investing in the adults around them—the parents, the carers, the early years workforce and more.”

The new survey is focused on finding the UK population’s awareness of the importance of early childhood years. Previously, the Duchess has said her passion for research into this topic came from working with charities that combat addiction.