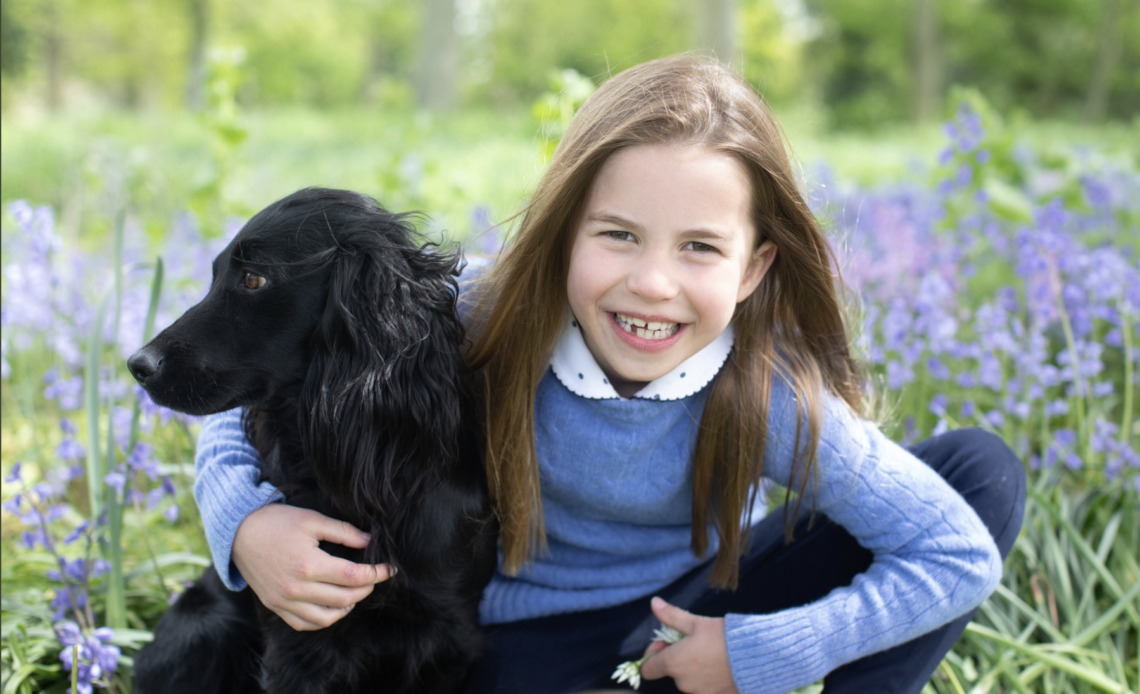 Photo: The Duchess of Cambridge

Kensington Palace revealed three new images of the birthday girl that were taken this weekend at the family’s Amner Hall home in Norfolk. As she has done on many occasions before, the Duchess of Cambridge took the photographs released for her daughter’s birthday.

Princess Charlotte is seen smiling into the camera while holding flowers in the photos outside Amner Hall.

The Cambridges have had Orla for around two years before the death of their beloved cocker spaniel, Lupo, in November 2020. They received Orla from the Duchess of Cambridge’s younger brother, James. The dog’s name had remained a secret, but the Daily Mail revealed her name with Charlotte’s birthday snaps.

Charlotte, who is fourth in the line of succession, is known to love ballet and be more outgoing than her older brother. Alongside George, the pair have been attending more engagements with their parents as they have gotten older, with Charlotte proving to be every inch the little professional.

All three Cambridge children, George, Charlotte and younger brother Prince Louis, are expected to be present during the Platinum Jubilee celebrations for The Queen in June.