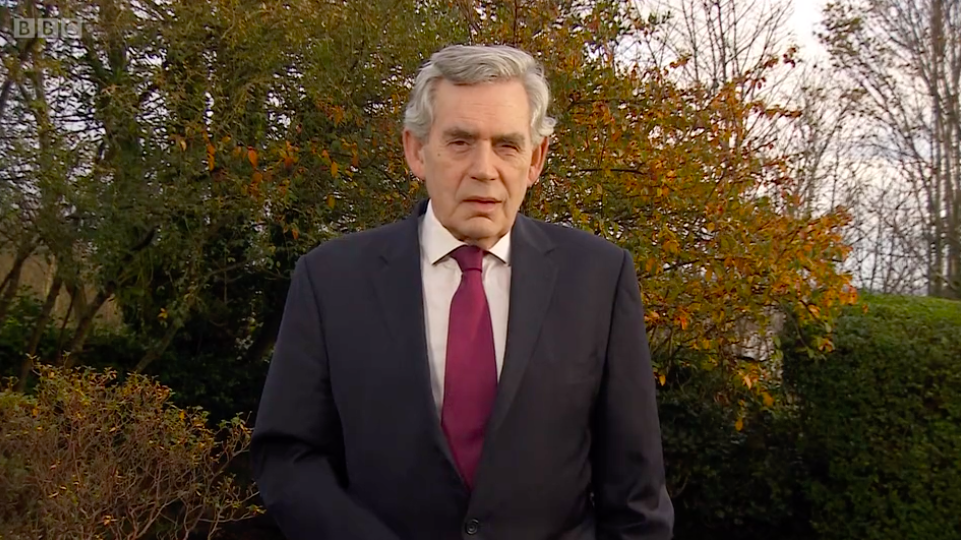 The Duke and Duchess of Cambridge held a private meeting with Gordon Brown during their visit to Scotland, prompting a number of questions to be asked.

What the heir to the throne and former British Prime Minister discussed is unknown, with the meeting shrouded in secrecy.

Channel 4 News reports that their team was prevented from airing footage of Mr Brown outside the gates of the Palace of Holyroodhouse where William hosted the former Labour politician.

Reporter Krishnan Guru-Murphy tweeted: “Gordon Brown, who’s just launched a campaign to save the Union, just had an unpublicised meeting with Prince William.

“[He is the] only politician save Nicola Sturgeon to have met them on royal visit to Scotland.

“So sensitive C4 News were prevented from airing footage shot from outside palace gates.”

Mr Guru-Murphy added: “Kensington Palace have said we were stopped from airing the footage we filmed of Mr Brown in the grounds of Holyrood Palace – not because of sensitivities – but because they claim C4 News was trespassing. Our team were in public place outside gates.”

The fact that the Duke and Duchess hosted Mr Brown unannounced at The Queen’s official residence will no doubt raise eyebrows, not least because of Mr Brown’s attempts to prevent Scotland from gaining sovereign independence.

It is also noteworthy that with the exception of First Minister Nicola Sturgeon, Mr Brown was the only politician William and Catherine met on their week-long trip.

The true reasons for the meeting will no doubt be mundane. However, with the apparent secrecy behind the audience, it is unsurprising that rumours and speculation are spreading on social media platforms.

The audience was listed in the Court Circular – The Royal Family’s register of official engagements.