Mother of the Bride: Carole Middleton at William and Kate’s Wedding 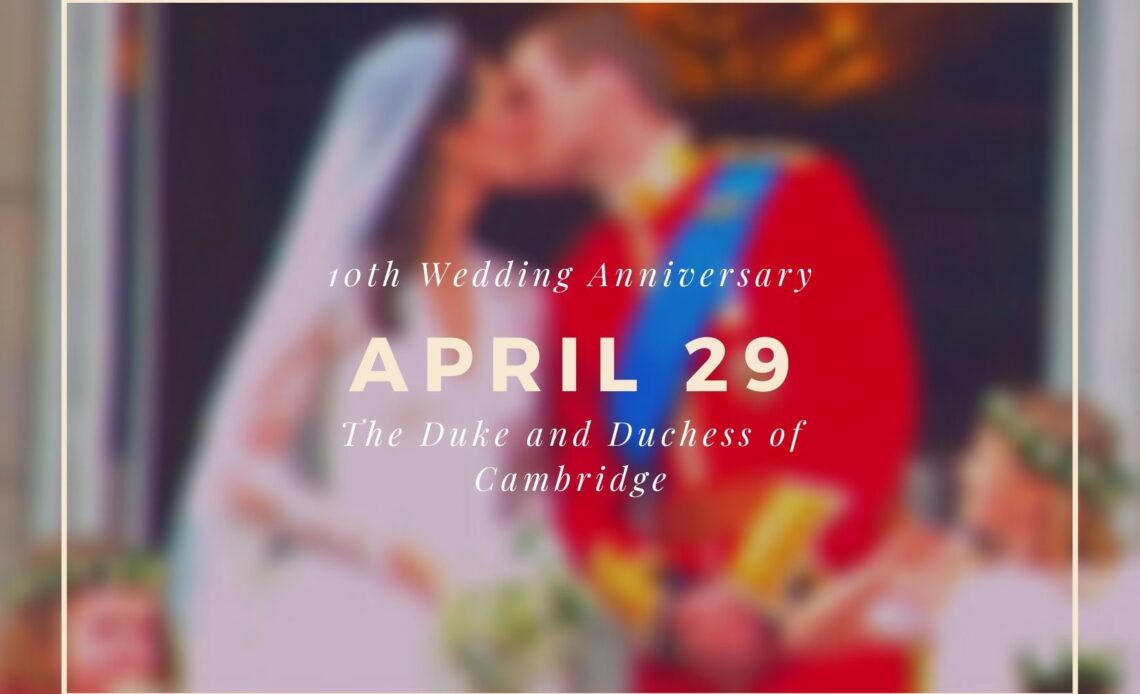 Ten years ago, on 29 April 2011, Prince William married Catherine Middleton at Westminster Abbey. The newly created Duke of Cambridge married his university sweetheart in front of almost 2,000 people in their fairytale wedding. While everyone was enamoured with the bride’s Alexander McQueen wedding gown, as well as her sister’s McQueen gown, their families also dressed for the occasion. Carole Middeton’s sky blue Catherine Walker dress perfectly suited the day.

Carole Middleton wore a light blue Catherine Walker dress, the “Sydney”. It is a knee-length silk dress, with pleated sleeves and pockets. She paired the dress with a light blue crepe coat-dress that featured gold braid at both the waist and the wrists, and satin piping, also from Catherine Walker.

Catherine Walker has long been a royal favourite. The late Diana, Princess of Wales wore several Catherine Walker pieces throughout her time in the Royal Family. The Duchess of Cambridge also frequently wears pieces from the designer.

As mother of the bride, Middleton complimented her Catherine Walker ensemble with a stunning blue Jane Corbett hat. The tilt-brim, Italian straw fascinator had satin edging and embellishments to imitate the detailing seen on her coat. Both Middleton and the Duchess of Cambridge have often been seen wearing Jane Corbett headpieces to other weddings, Royal Ascot, and royal engagements.

Although Middleton struck the perfect note with her dress and hat for the wedding, it was not without drama beforehand. It was thought that Lindka Cierach, who also designed the Duchess of York’s wedding dress, had designed an outfit for Middleton to wear. After apparent disagreements, Middleton decided to go with the Walker look instead. She also reportedly was going to wear a hat from milliner Jess Collett but switched to Jane Corbett to match the Walker ensemble.

More than 30 million people in Britain watched at least part of the 2011 royal wedding on BBC, with millions more watching from around the globe.