Kate at 40: Birthplace of a Duchess 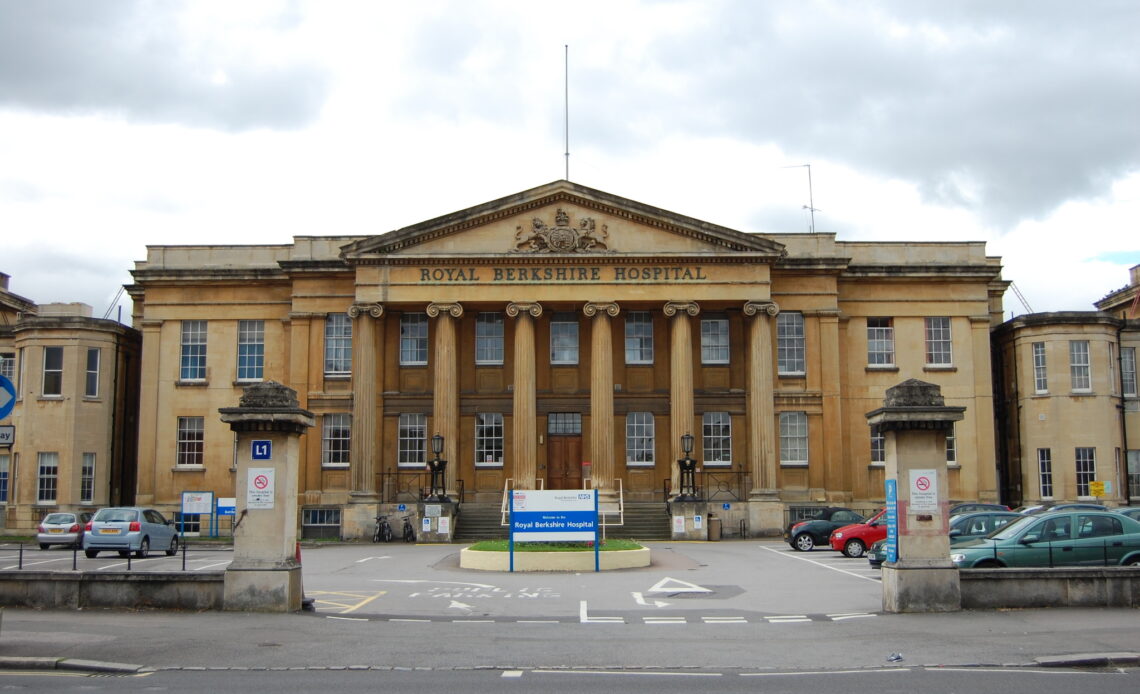 On 9 January 1982, Royal Berkshire Hospital in Reading would be the birthplace of one of the world’s most recognised faces and the future Queen consort, the Duchess of Cambridge. As the Duchess celebrates her 40th birthday, Royal Central is looking at the history behind the hospital.

The Royal Berkshire Hospital was opened in 1839 on the London Road land donated by Henry Addington, 1st Viscount Sidmouth, a local resident and former Prime Minister. It was a design competition that would choose the builder of the hospital, local architect Henry Briant. Prior to the construction, King William IV took a keen interest in the hospital, and as a consequence, his arms appear on the central pediment. However, he died a couple of years before the hospital opened its doors. Queen Victoria, William’s niece and successor, would become the first patron of the hospital.

Nearly 20 years after the hospital opened, in the 1860s, the original building was extended with east and west wings designed by British architect Joseph Morris. Morris designed a new chapel added to the rear of the main block, with long side wings as an additional extension in the 1880s.

The hospital provides 813 inpatient beds (627 acute, 66 paediatrics, and 120 maternity), together with 204-day beds and spaces. With this amount of patient care, more than 5,000 staff are employed under the hospital’s annual budget of £228 million. On 5 March 2020, the hospital announced the United Kingdom’s first death linked to the coronavirus.