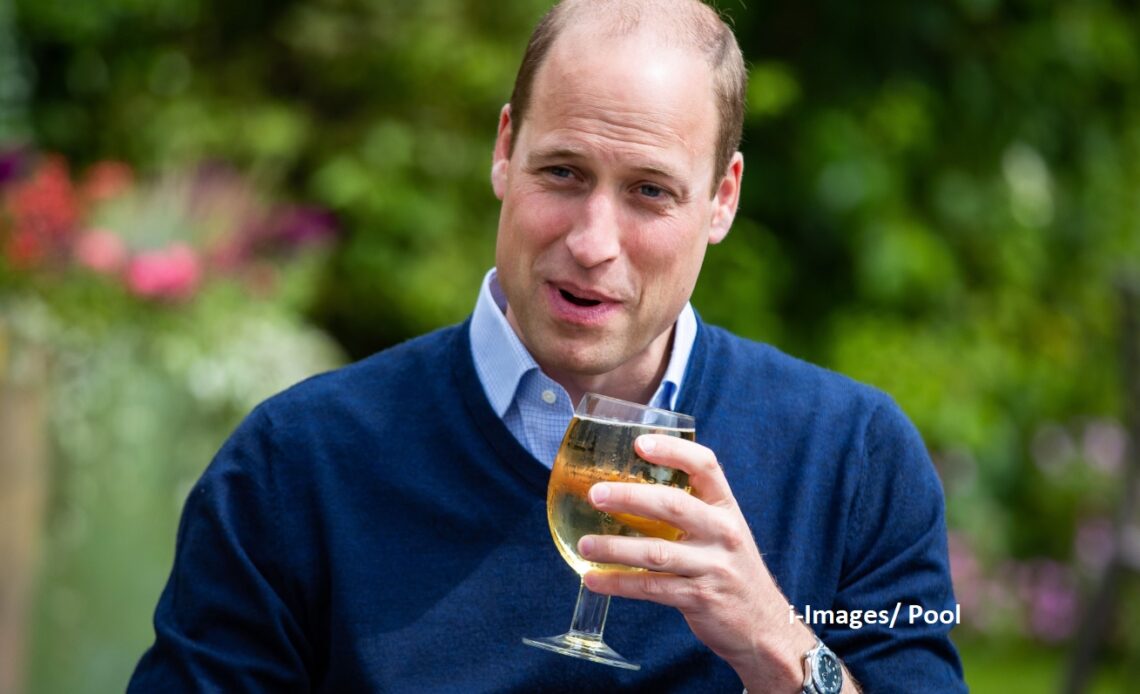 The Duke of Cambridge has taken part in a football podcast to discuss the Heads Up campaign, which will be released this week.

William invited That Peter Crouch Podcast hosts Peter Crouch, Tom Fordyce, and Chris Stark to Kensington Palace back in March to chat about the campaign and football; though they had to record bits of it over the telephone from lockdown as well.

The That Peter Crouch Podcast features the hosts offering “insight on everything from dressing rooms, transfers, keeping on the good side of your manager and where to sit on the team bus – plus your footballer confessions,” according to its BBC home page.

Prince William joined the hosts ahead of Saturday’s Heads Up FA Cup Final match between Arsenal and Chelsea.

“You know if you’re not feeling well, something’s bothering you, talk about it—it’s not a problem.”

Crouch replied: “I’m in the environment where it’s so male-orientated, and any weakness shown is an excuse not to make it… When I started talking about it and opened up, I did feel so much better, and that was just through talking.”

William admitted that football has become a way for him to let off steam, saying: “Since becoming a dad, without a doubt, football has become way more important than it used to be. I need to go and be amongst other guys and let out some steam, shout a bit,” but, he says, he doesn’t shout at the referee because “I’m the president of the FA, I can’t do that!”

He also spoke about taking his children, Prince George and Princess Charlotte to a game last year, saying: “I took George and Charlotte to the Norwich v Villa game at Carrow Road. We tried to slip in there quietly, but the cameras picked us up. Best game of Villa’s season! It ended 5-1.”

About his love for Aston Villa, Prince William revealed that it was a fun childhood memory that inspired him to root for the football club.

“It was the first FA Cup game I went to,” he said. “It was a Villa v Bolton game and I remember sitting in the stans with a beanie on. I must have been about 12 or 11 and I went with a load of mates. I sat there amongst all the Villa fans and I loved it. I thought the atmosphere and team ethos was great.”

The interview doesn’t just focus on mental health and football, though. The Duke of Cambridge also spoke about a stag do in Blackpool and how his favourite karaoke song is the Queen classic ‘Bohemian Rhapsody’ and how one of the first gifts he gave Kate was a pair of binoculars.

“She’s never let me forget that,” he said. “That was early on in the courtship, that was – think that sealed the deal. It didn’t go well. Honestly, I have no idea why I bought her a pair of binoculars, it seemed like a good idea at the time.”

About life in lockdown, the Duke said: “This period of time has allowed us to all revalue things. The thing about lockdown is that it has been a little bit of an awakening that we maybe take our lives a bit for granted sometimes and there’s a lot of things out there that can wobble all of us at any time.

“I think particularly now, as a parent, it starts to make you look a bit more to the future at what kind of world we are going to hand over to the next generation. There’s been a lot of time to think—and you can also have too much time to think, and that’s also what worries me.”