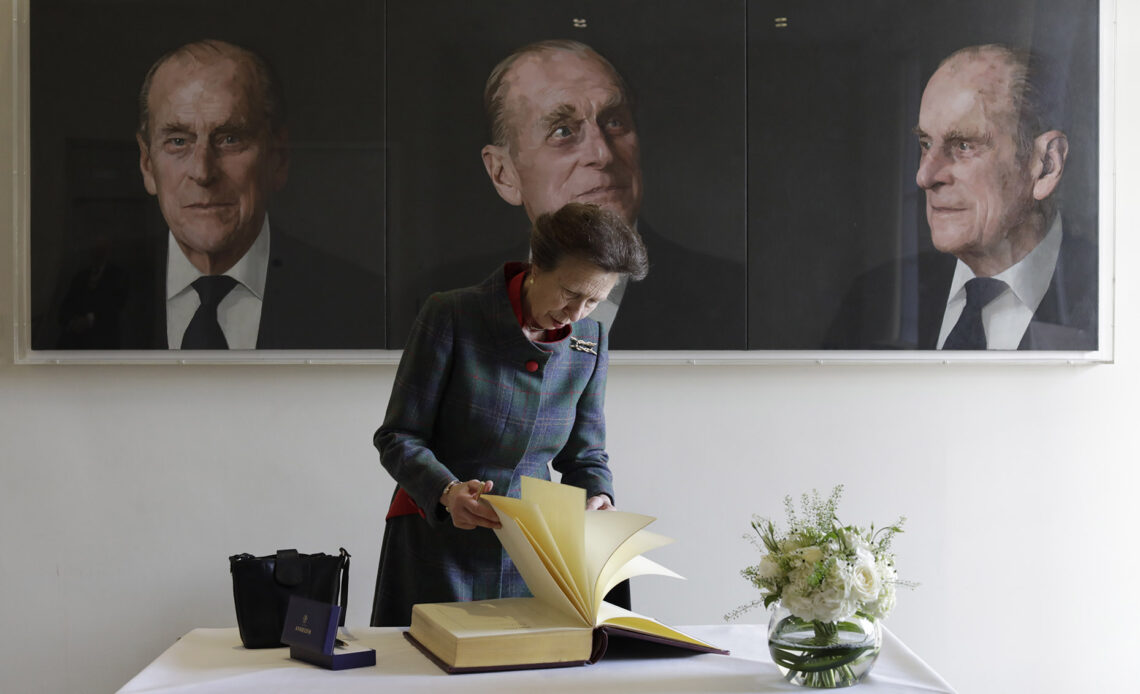 Photo by Layton Thomson for the Royal Academy of Engineering

The Princess Royal has taken part in a fresh tribute to her father, the Duke of Edinburgh, as she marked the creation of a new fund set up to help those working in engineering.

Princess Anne visited the Royal Academy of Engineering in London as it announced the Prince Philip Fund. It was established in memory of the Duke of Edinburgh who helped set up the Academy in 1976 and who was a senior fellow there for almost 50 years. The princess, who is a Fellow of the Academy, signed the Fellows’ Book which had been placed beneath a large, three part painting of her late father.

The fund will support and encourage those working in the engineering sector.

It was announced at a special reception on October 21st 2021, attended by the Princess Royal, which commemorated her late father and his work within the engineering sector.

Announcing the Fund, the Academy’s President, Professor Sir Jim McDonald, said ”the Academy will always be indebted to Prince Philip for his passion, support and advocacy for engineering, which enabled us to grow and thrive as a leading national Academy delivering impact and value through engineering excellence and expertise. As we approach our first half century, I am delighted that we are able to mark our Senior Fellow’s extraordinary contribution by creating the Prince Philip Fund, to enable our Fellows and partners to create an enduring legacy that reflects his passion for engineering and his desire to inspire others to pursue engineering as a profession.”

The Academy also revealed that Prince Philip had given them his backing to set up a fund in his memory as long ago as 2017.