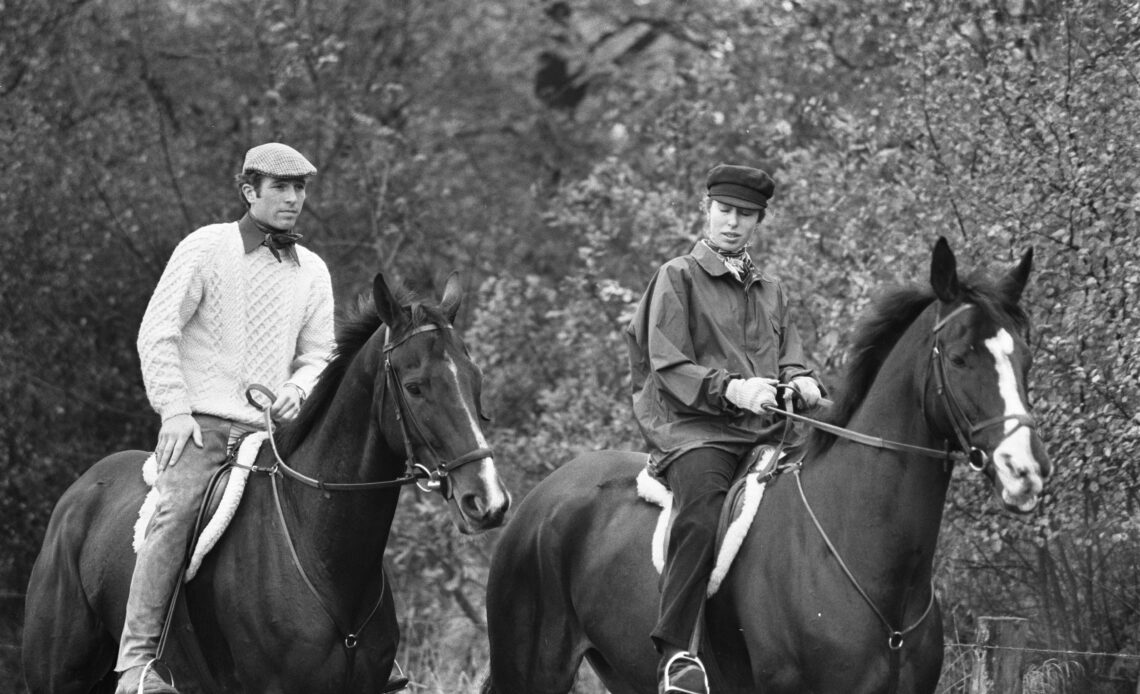 Princess Anne is the second child and only daughter of Her Majesty The Queen and Prince Philip, Duke of Edinburgh. She was born on 15 August 1950 in Clarence House. She was just a little over a year old when her mother became Queen Elizabeth II upon the death of Anne’s grandfather, George VI. She would become Princess Royal in November 1987. She competed as an equestrian in the 1976 Summer Olympic Games in Montreal for Great Britain but did not win a medal.

Captain Mark Phillips is a retired Army captain and Olympic equestrian. He was a graduate of Sandhurst. More, he competed in the 1972 and 1988 Summer Olympic Games in Munich and Seoul, respectively. He was born 22 September 1948 in Gloucestershire, England. He continued his career in the military until he retired on 30 March 1978 from the Army.

Their shared love of horses and equestrian sports would lead to the beginnings of a relationship after they met in 1972 at the Munich Olympic Games. Mark would come out victorious by winning a gold medal for Great Britain in the team three-day event during these games. (There are conflicting reports of where and when they exactly met, but many of the reports suggest it was, in fact, at the 1972 Olympic Games in Germany.)

Their relationship would flourish, and Mark proposed in April 1973 at the Badminton horse trials. Buckingham Palace announced the engagement of the pair on 29 May 1973.

They were married on 14 November 1973 in Westminster Abbey, and close to 500 million people tuned in from around the world to watch the wedding on television. The bride’s younger brother, Prince Edward, served as a page boy, and her first cousin, Lady Sarah Armstrong-Jones, was a bridesmaid. Various foreign royals attended the wedding, including King Carl Gustaf, who also met his future spouse at the 1972 Munich Olympic Games. It is believed that Her Majesty offered Mark a peerage, but he declined the offer.

Just under a year later, the couple had been on their way back to Buckingham Palace when their limousine was forced to stop by a Ford Escort. The driver, Ian Ball, got out of his vehicle and fired his gun. His plan was to kidnap Princess Anne and hold her for a ransom close to £2 million. He ordered her to get out of the car, to which she replied, “Not bloody likely!” She would escape out of the car, and a passerby would punch Ball in the back of the head. They then led her to safety. Ball was arrested and later pleaded guilty to attempted kidnapping and murder.

In 1976, Queen Elizabeth II purchased her daughter and Mark Gatcombe Park, a country estate in Gloucestershire.

Sadly, the marriage would not last. Mark would father a daughter in an extramarital affair in 1985, and he and Anne would announce their separation in 1989. They divorced on 23 April 1992. However, they have remained friends and together worked to give their children the best life possible.