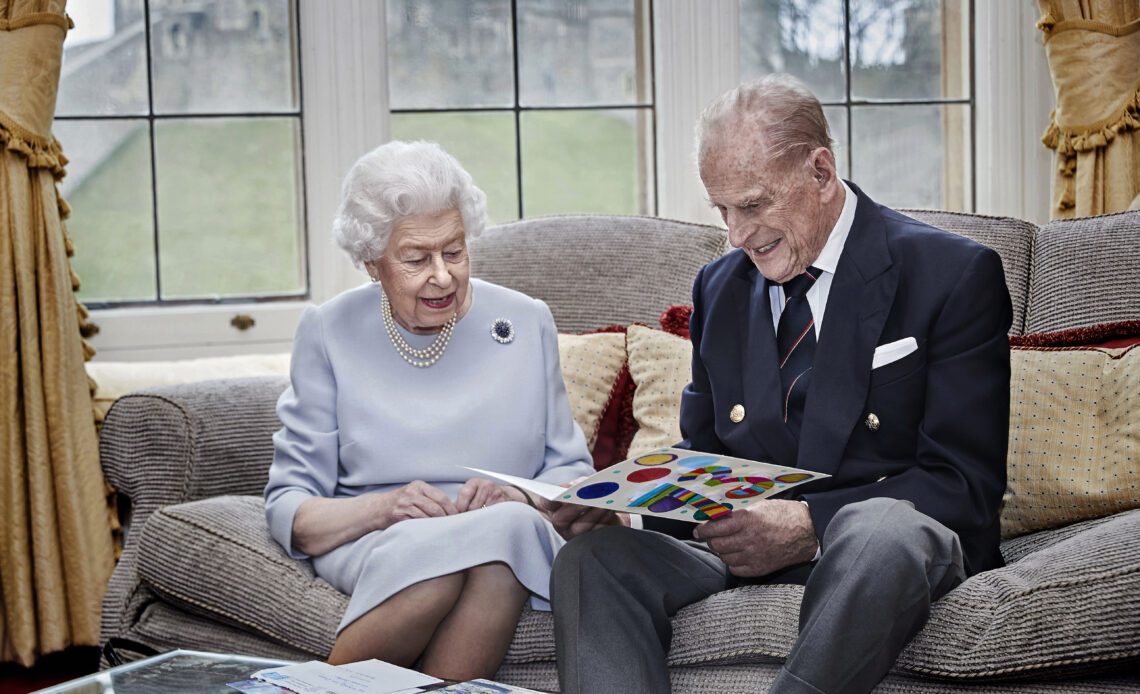 The Queen has added a romantic touch to her latest official photograph. For in the image taken to mark her 73rd wedding anniversary, Her Majesty has given pride of place to a sparkling brooch which links this new picture to others captured at deeply personal moments in her historic reign.

The Chrysanthemum brooch has featured in some of the most significant portraits taken during the marriage of the Queen and the Duke of Edinburgh. In 1947, the then Princess Elizabeth wore the gem for photos taken of her with her new husband as they honeymooned at Broadlands in Hampshire. Seven decades later, Her Majesty chose the same jewel for official images marking the 60th anniversary of her wedding to Prince Philip.

The brooch itself features a large cluster of sapphires surrounded by diamonds, shaped to represent a chrysanthemum. While it has come to have huge personal significance for the Queen, its origins are slightly more mundane. It was presented to her while she was heir to the throne when she launched an oil tanker.

However, it quickly became a favourite piece and has been used frequently throughout her long reign. Now it has another starring role in this special portrait, taken by Chris Jackson, as the Queen once more marks a moment in her marriage with the sparkling Chrysanthemum brooch.