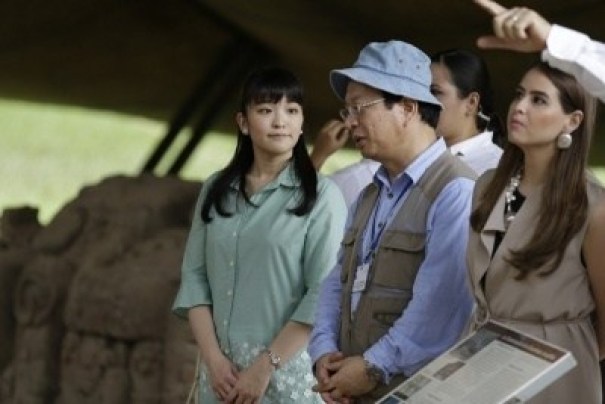 By 外務省ホームページ, CC BY 4.0 via Wikimedia Commons

The wedding of Princess Mako of Akishino – the eldest granddaughter of Emperor Akihito and Empress Michiko – and her fiance, Kei Komuro, has been postponed until 2020 due to “lack of preparation.”

The couple’s wedding date had been set for 4 November 2018, but the Princess said through the Imperial Household Agency that she “came to recognise the lack of time to make sufficient preparations.” The Imperial Household Agency has denied links to a recent magazine article that reported a financial dispute between Kei Komuro’s mother and her former fiance over her son’s education expenses.

“The intention of the two to get married hasn’t changed at all. (The postponement) isn’t because of the report,” said Takaharu Kaji, an Imperial Household Agency official. Another official said the postponement should be seen positively. “If there is any trouble, it should be resolved, and then the two should get married. Time can be used to further strengthen their bonds,” he said.

“Last May, there were reports about our engagement at an unexpected time,” Princess Mako said. “We believe we have rushed various things.”

Princess Mako wants to postpone the wedding until 2020 after a “series of ceremonies important for the Imperial family have ended smoothly.” This probably refers to the Emperor’s abdication, which is planned for 30 April 2019. She added that the delay was caused by the couple’s “immaturity” and that they regret the situation.

Princess Mako said: “We feel extremely sorry for causing great trouble and further burden to those who have willingly supported us.”

The Emperor and Empress have shown respect for the decision.