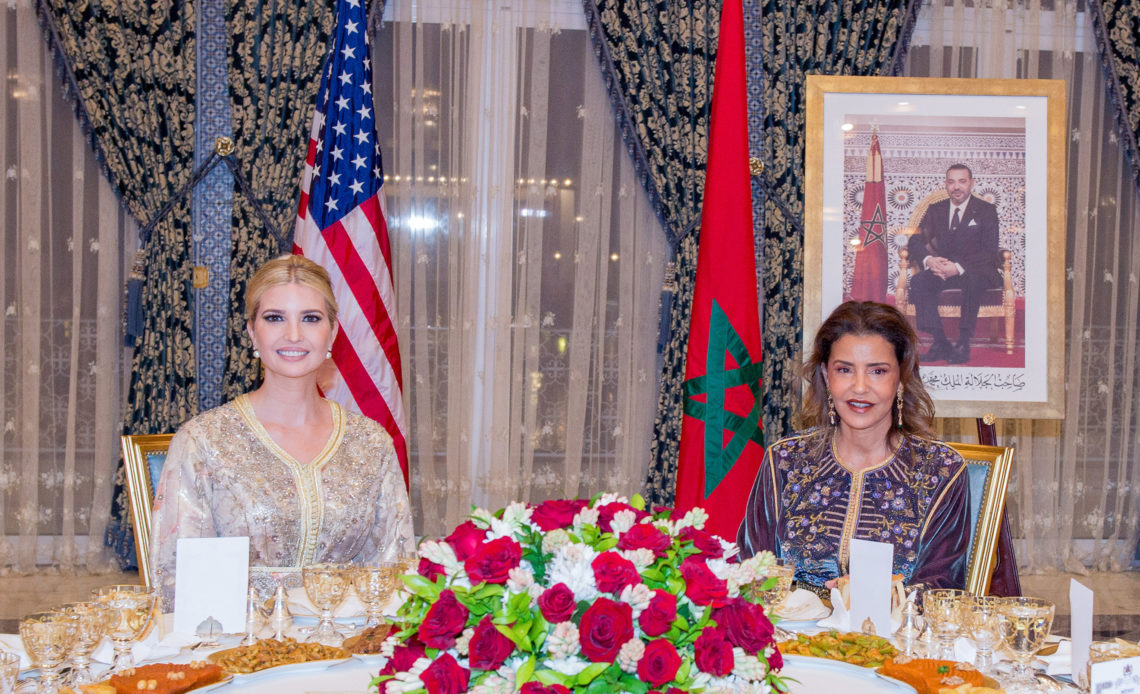 King Mohammed VI of Morocco hosted First Daughter and Advisor the President of the United States, Ivanka Trump on Thursday in Rabat.

The First Daughter later tweeted about the meeting, “Today I was honoured to speak with His Majesty King Mohammed VI & thank him for his gracious hospitality during our delegation’s visit to the beautiful country of Morocco.

“The U.S. & POTUS deeply value the long-standing & growing bilateral relationship between our countries.

“His Majesty and I discussed his meaningful recent legal reforms to advance gender equality in Morocco.

“We appreciate his leadership on making progress on all aspects of the [Millennium Challenge Corporation] Compact.”

When Ivanka arrived in Morocco, she was welcomed by the King’s sister, Princess Lalla Meryem, on Wednesday. She was presented with milk and dates, as per Moroccan tradition at the airport. The pair then chatted on a couch at the airport for afternoon tea before departing. The Princess then hosted a dinner for the First Daughter on Thursday evening in Rabat’s Royal Palace. Various members of the Moroccan government also attended the dinner.

Trump thanked the Princess for the warm welcome on Twitter, as well, saying, “Thank you to Her Royal Highness Lalla Meryem for a warm welcome to Morocco!”

Ivanka Trump is set to hold meetings in Casablanca with Moroccan officials as part of her three-day visit. Trump is in Morocco for the Global Initiative for Development and Development Women’s Prosperity (W-GDP), started by her father, President Donald Trump. It aims to help 50 million women in the developing world over the next six years to advance economically.

Princess Lalla Meryem serves as the ‘First Lady’ of Morocco after her brother divorced Princess Lalla Salma. She has hosted Queen Letizia of Spain and the Duke and Duchess of Sussex on their recent trips to Morocco, as well.