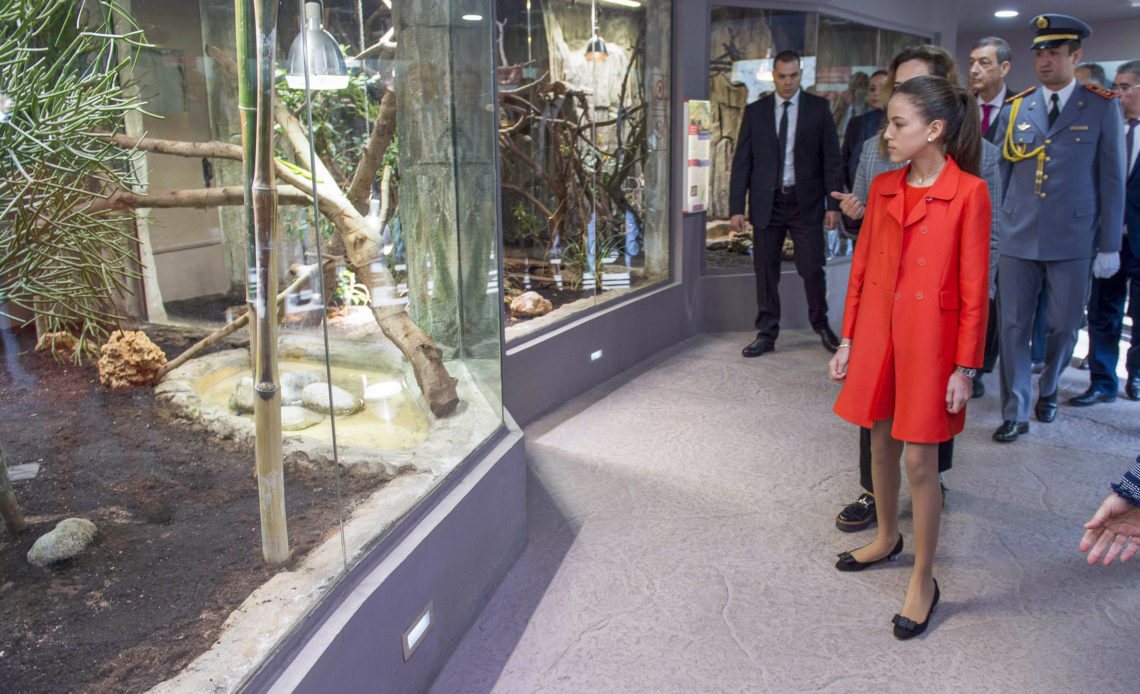 Princess Lalla Khadija of Morocco inaugurated the vivarium of the National Zoological Garden of Rabat on Friday, 13 December. The 12-year-old daughter of King Mohammed VI and Princess Lalla Salma undertook the visit without either parent or her older brother, Crown Prince Moulay Hassan.

When she arrived, a section of the auxiliary forces did the ceremonial honours before Her Royal Highness reviewed the forces and was welcomed by Mohamed Sadiki, the President of the Municipal Council; Saâd Ben M’Bbarek, the President of the Prefectural Council; and Salma Slimani, he Deputy Director-General of the National Zoological Garden, as well as representatives from project partners and members of the Board of Directors. Additionally, she was also greeted by Abdeladim Lhafi, the High Commissioner for Water and Forests; Mohamed Yacoubi, the Wali of the Rabat-Salé-Kénitra region; and the region’s president, Abdessamad Sekkal.

A video showed some of those greeting her by trying to kiss her hand, and the young Princess quickly pulled her hand away to avoid the awkward greeting.

The Princess cut the inaugural ribbon and got a tour of the vivarium’s different spaces where she saw the different species of reptiles gathered from other parts of Africa (Morocco Zone, Subtropical Zone, Equatorial Zone, Madagascan Zone, South Saharan Zone, and Afro-Alpine Zone) living there.

The vivarium on 1700 square metres and contains over 150 animal species that represent 46 species of reptiles.