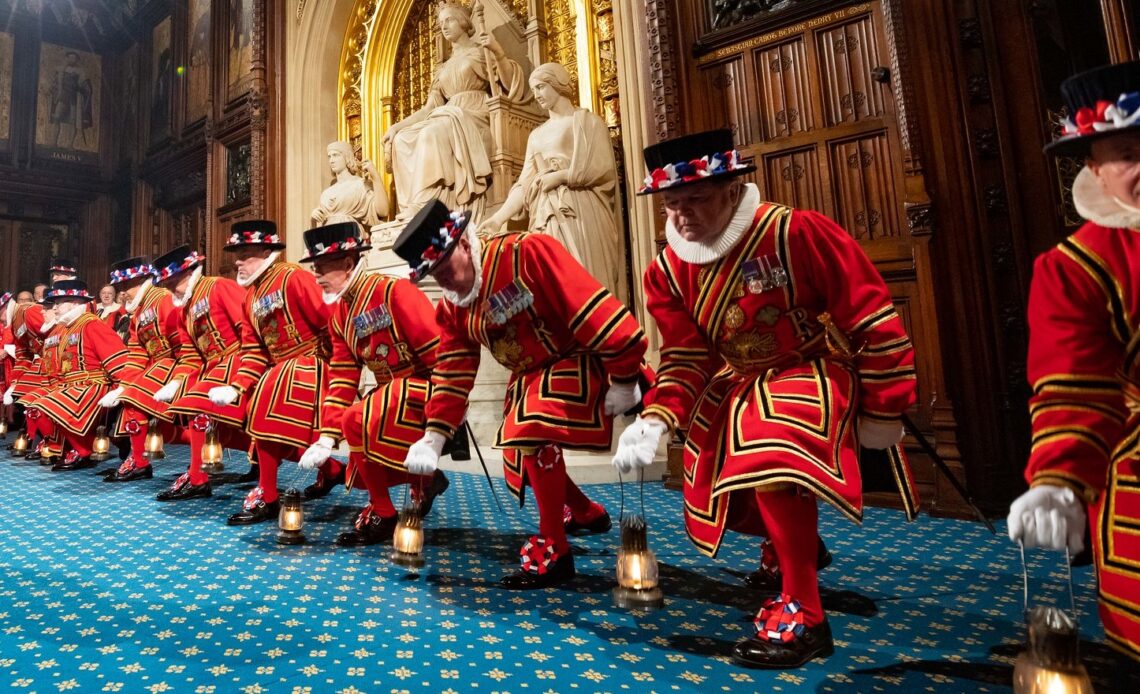 The Queen will visit the Palace of Westminster on Tuesday for the State Opening of Parliament – her first in-person engagement since the death of her husband, Prince Philip.

The event will be scaled down on previous years due to the ongoing global health emergency, however, many traditions will remain in place.

One such ritual that will take place on the evening before Her Majesty’s visit to Parliament is the searching of the Palace for gunpowder.

A Ceremonial Search will be carried out by two Yeomen of the Guard – a huge reduction on the dozens of guards who usually search for the explosive substance in previous years.

Thankfully, specially trained sniffer dogs and and police search units have not had their numbers cut due to social distancing, and continue to carry out extensive security searchs ahead of the 95-year-old monarch’s visit.

The search by the Yeoman of the Guard is purely ceremonial and dates back to the reign of James I and the Gunpowder Plot led by Guy Fawkes.

Fawkes and a group of Catholic rebels, led by Robert Catesby, hatch a plot in 1604 to assassinate the Protestant King whilst he attended the Houses of Parliament in London.

They planned to murder the monarch, kidnap his nine-year-old daughter Princess Elizabeth and make her a Catholic queen.

The plot was foiled after one of the conspirators wrote a letter to a relative, warning him not to attend Parliament on November 5.

The letter was shown to The King, and a search of Parliament’s cellars found a copious amount of gunpowder which would have likely killed the monarch and all those present.

As such, every time the monarch visits the Palace of Westminster, a search is carried out by guards on the lookout for gunpowder.