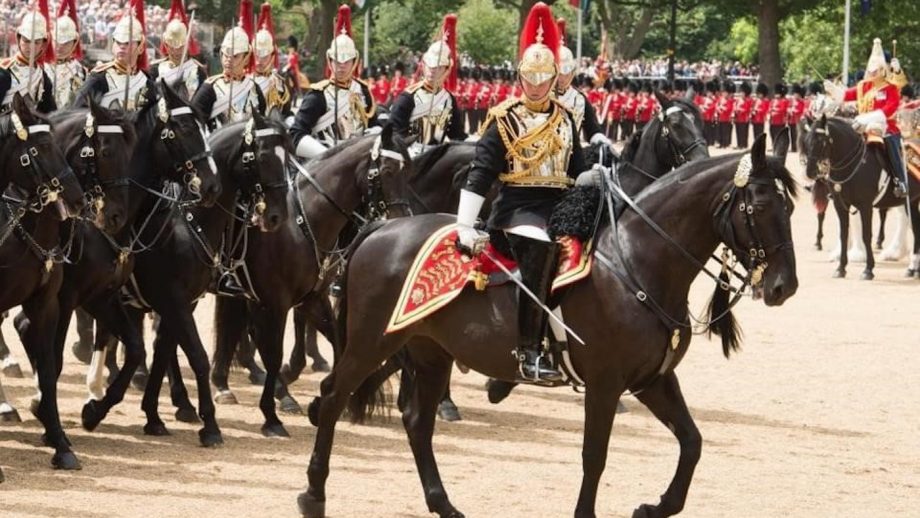 A Household Cavalry horse that played a leading role at the weddings of both Prince William and Prince Harry has retired after 18 dedicated years of service.

22-year-old Empress, a Cavalry Black charger, will retire to The Horse Trust – a sanctuary for retired horses.

In a feature published by Your Horse, Captain Skip Nicholls, the riding master at the Household Cavalry Mounted Regiment, said: “Empress has had an impressive and varied career and never, ever faltered.

“I will miss everything about her; her nature, her kisses.

“If you want a horse that can carry an officer and sit at the front of any parade that you’ve not done before then she’s the horse you’d always turn to, to lead that parade – we’ll all miss her.”

Empress had been a constant presence at state and ceremonial occasions since 2004.

Her workload was reduced in 2018 following the marriage of the Duke and Duchess of Sussex.

The 17.2hh mare officially retired following a parade in which the entire regiment was in full ceremonial uniform.

A spokesperson said: “There were moist eyes in the ranks when Empress was ridden forward.”

Empress has now arrived at equine charity The Horse Trust which provides lifetime sanctuary for around 140 retired horses, ponies and donkeys.

Over the years, the charity has homes a number of famous horses, including Sefton, a horse injured by the IRA’s Hyde Park bombing in 1982, and Monarch, a horse who led the procession that pulled The Queen’s coach during the 2002 Golden Jubilee celebrations.

She said: “I’ve seen the military do this special farewell ceremony at the Horse of the year Show, and at Olympia, but to see them take so much care even in private, like today in Knightsbridge Barracks, is really special.

“These horses have earned it, they deserve it. They deserve that moment in the sun when everyone says thank you.”