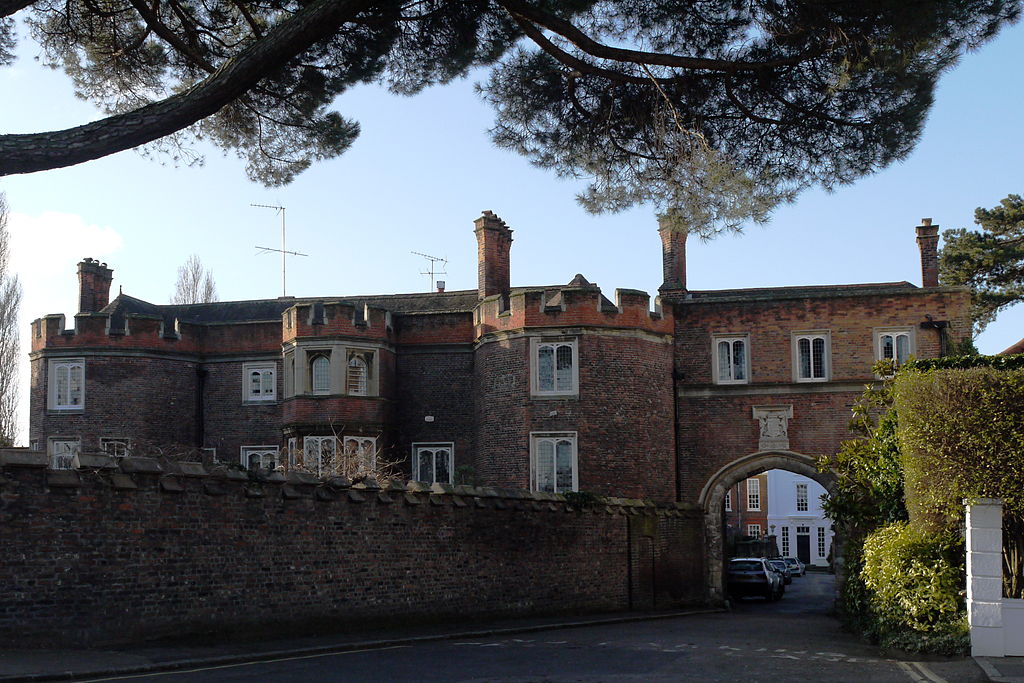 You might never be royal, but you could snag part of a royal palace … if you’ve got a few million to spend. If you’re in the market for a new home with a historic past, an impressive property is up for sale in Richmond that makes up part of the remains of a Tudor palace.

Priced at £3,900,000, the property, which is more than 400-years-old, is Grade I listed due to its special architectural and historical interest. The description on rightmove.co.uk provides more insight into this fascinating home.

“The row of houses known as The Wardrobe incorporates the remains of Richmond Palace, built by Henry VII on the site of the Medieval Sheen Palace,” the real estate website states. “Richmond Palace, built between 1498 and 1501, was a favourite residence of Elizabeth I and was used by the Stuart Princes of Wales until the middle of the 17th century. The Wardrobe buildings were built by Henry VII and housed the apparel and other personal possessions of the royal family. This rich history has attracted several residents, including Viscount Cave, Lord Chancellor in Conservative governments between 1922 and 1928.”

Richmond Palace was indeed a much-loved spot for Elizabeth I, and she enjoyed hunting stags in nearby Richmond Park and often spent winters there. It was Richmond where she died in 1603, and her body was taken from there to Whitehall Palace before she was buried at Westminster Abbey.

Most of the palace was demolished in the 17th century, and The Wardrobe is one of only a few pieces that survived, along with the Gatehouse and Trumpeters’ House.

As for more details on the three-bedroom property, which is being marketed by Hamptons International Sales, Richmond, Rightmove states:

“The garden side of the house was refronted in the reign of Queen Anne, very probably by skilled craftsman of the Board of Works (then headed by Sir Christopher Wren, who had surveyed the palace in the 1680s). It remained one house until 1957, then it was sympathetically converted by the Crown to provide three homes, of which No. 3 is the end house. Architecturally, the property is of distinction indicated by its Grade I listing, and its many features include the handsome rear elevation with a large central pediment, and extensive period panelling and doors.”

This special 2,975 square foot property includes a private garden surrounded by one of the original palace walls, along with a summer house, pond and ancient Judas tree. Private forecourt parking is offered in the front of the house as well as a walled front garden. A loft/storage area provides an additional 1,314 square feet of space.

In addition to being historically significant, the house is in a prime location near boutiques and cafes, just a “few hundred metres away from Richmond’s elegant town centre as well as the most beautiful part of the River Thames made famous by JMW Turner’s paintings.” You’ll also be just about a mile away from Kew Gardens and Richmond Park, and close to Richmond Station for a quick jaunt into central London.

If you’re ready to own a piece of royal history, the property is being sold on a Crown leasehold for 150 years at a peppercorn rent.