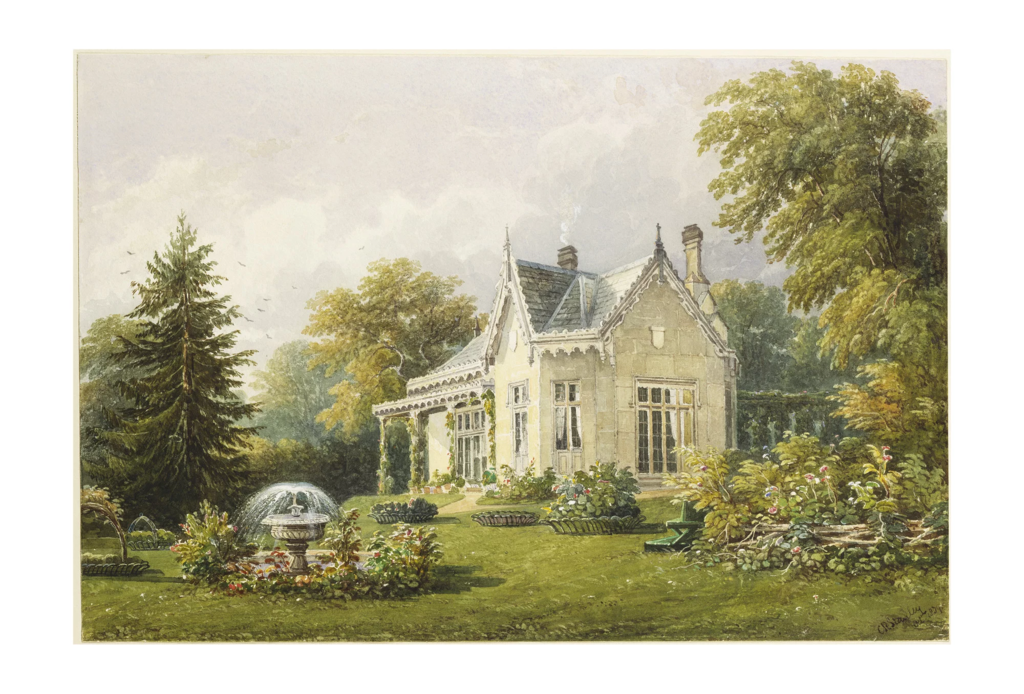 It’s the royal des res on everyone’s lips – Adelaide Cottage on the Windsor estate is reported to be the destination for the Duke and Duchess of Cambridge and their three children as they look to move outside London.

The four bedroom home is said to be where William and Kate have determined to live as George, Charlotte and Louis prepare to start a new school in September.

Several reasons are suggested for the pick. Adelaide Cottage was renovated in 2015 so doesn’t need any expensive work. It’s also tucked away within the huge estate around Windsor Castle, providing endless gardens for the children to play in without being spotted by photographers or passers by. And it also means the Cambridge family will be near to The Queen who now lives at the Castle – the cottage is around a ten minute walk from the ‘big house’.

It’s also got a rather interesting history. Adelaide Cottage was built in 1831 for the new king, William IV, and his wife, Queen Adelaide. William had inherited the throne from his extravagant brother, George IV, and the new queen consort had been credited with calming her king down and sorting out his royal finances. So it’s perhaps not a surprise that the enterprising Adelaide ended up with a house that contained parts of the Royal Lodge which had been constructed by John Nash for her brother in law.

Adelaide Lodge, as it was originally known, was designed by Jeffry Wyattville and soon won plaudits for its simple structure. As it was revealed to the public, The Mirror wrote that ”it has none of that obtrusive splendour which characterises palace building, but much of the quaint elegance of the embellished order of domestic architecture in the Old English School. In short, this unostentatious little building must altogether be considered complimentary to Her Majesty’s taste.”

In some ways, Adelaide Lodge was a PR move all of its own. After the excesses of the Regency and the reign of George IV, the Royal Family was showing themselves to be more like their subjects while pursuing the always fashionable rural idyll.

The royal recycling vibe has continued over the years at Adelaide Cottage. The main bedroom is decorated with a coved ceiling with glided dolphins and rope ornament taken from the former royal yacht, the Royal George. Meanwhile, there is also what’s described as a ”good” Graeco-Egyptian fireplace.

In more recent times, it became known as the residence of Peter Townsend, whose romance with Princess Margaret continues to fascinate. Now, it could be about to open up another royal chapter in its almost 200 year history as the new home of Kate, George, Charlotte, Louis and the man in line to be Britain’s next king called William.