William at 40: The christening of a prince 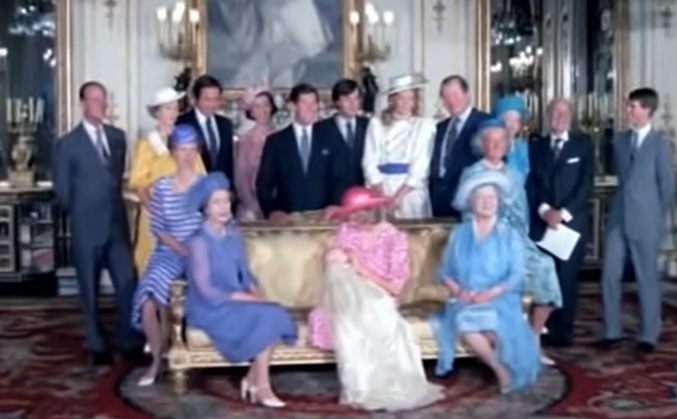 During the christening conducted by the Archbishop of Canterbury, the Prince wore the same christening gown worn by his father, his grandmother, and dozens of other royals before him including King Edward VII. As time has gone on, today, royal babies are known to wear a replica of the iconic gown.

Also keeping it in the family, the private ceremony took place in the palace’s gold and white Music Room where Prince Charles had been christened 33 years earlier. The one change was, tap water was used rather than the palace’s depleted supply of water from the Jordan River.

Photographer Kent Gavin was the one to capture the images of William’s christening. Opening up to PureWow about the day, Gavin spoke of when he received the photo line-up and learned one of the big pictures was missing – the Queen Mother holding the Prince, the oldest and youngest members of the family together.

“So I looked at my colleague and I said, ‘I’m going to have to go over and ask for it even though we were told not to talk.’ I went across to The Queen and said, ‘Excuse me, ma’am, there is a very historical picture missing from the line-up—The Queen Mother holding Prince William.’ She looked at me and said ‘Goodness me. Goodness me. How have we missed that? Mother mother.’ And the Queen Mother came out, clocked her gin and tonic on the table and sat down. Diana, with William still bawling, gave him to the Queen Mother and they turned out to be marvellous pictures. Diana came off and said, ‘Well done, Kent.’ And she laughed because they got it wrong and we got it right.”

While it was a proper photoshoot, the family acted as any other family. The Queen at one point gave Princess Diana parenting tips as she became stressed with William’s restlessness. She suggested giving him her finger to suck on, and it did help calm the Prince down.

After the christening, there was a family lunch for the other big occasion, the 82nd birthday of The Queen Mother. The lunch happened just before she left for her annual holiday at Balmoral.