Who is Queen Jetsun Pema of Bhutan? 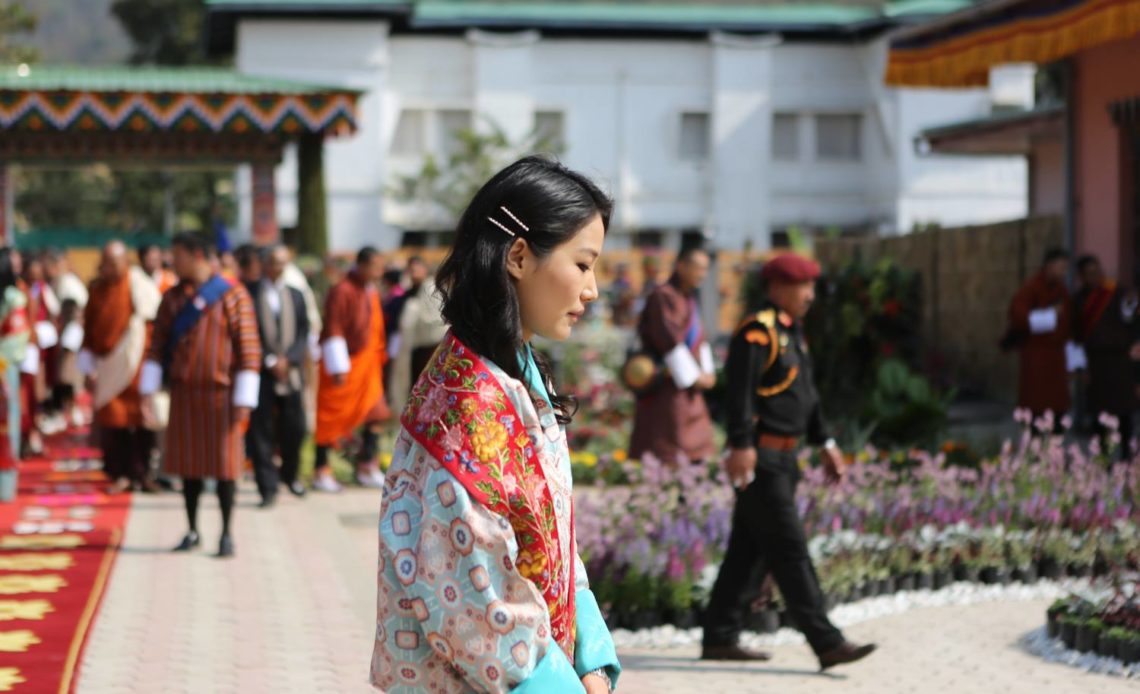 As it was just announced that the Queen of Bhutan is expecting her second child, we are taking a look at the Queen consort.

Ashi (the equivalent of Lady) Jetsun Pema was born on 4 June 1990 to Dhondup Gyaltshen and Sonam Choki as the second of their five children in Thimpu’s Jigme Dorji Wangchuck National Referral Hospital. Through her mother, Sonam Choki, she is a distant cousin of her husband as her mother comes from one of the oldest noble families in Bhutan. She has two brothers (Thinlay Norbu and Jigme Namgyel) and two sisters (Serchen Doma and Yeatso Lhamo). Her older sister, Yeatso, is married one of the King’s brothers, Prince Gyaltshab Jigme Dorji Wangchuck.

Jetsun Pema was educated at the Little Dragon School, the Sunshine School, and the Changangkha Lower Secondary School in Bhutan before attending school at St. Joseph’s Convent in Kalimpong, West Bengal, India, for a year. Afterwards, she attended Lungtenzampa Middle Secondary School in Thimphu before transferring to The Lawrence School, Sanawar in India. She completed her upper secondary school in March 2008. Her university education took place at Regent’s College in London where she graduated with a degree in international relations with minors in psychology and art history. She speaks her native Dzongkha, Her Majesty also speaks English and Hindi.

Four years later, on 11 November 2015, the couple announced they were expecting their first child. The Queen gave birth to a son – the new crown prince – on 5 February 2016, with the King present, in Lingkana Palace. The baby’s name was announced as Jigme Namgyel Wangchuck on 16 April 2016.

During the National Day celebrations on 17 December 2019, His Majesty announced that Queen Jetsun Pema was expecting their second child, due in the spring of 2020.

The Queen undertakes several engagements each year and accompanies the King on his trips abroad. She is the President of the Bhutan Red Cross Society and serves as patron of the Royal Society for Protection of Nature, Ability Bhutan Society, Bhutan Kidney Association, and Bhutan Kidney Foundation.

She is said to enjoy basketball, fine arts and painting.