The Editors’ Debate: Yes – The Queen should wear the Crown to the State Opening of Parliament 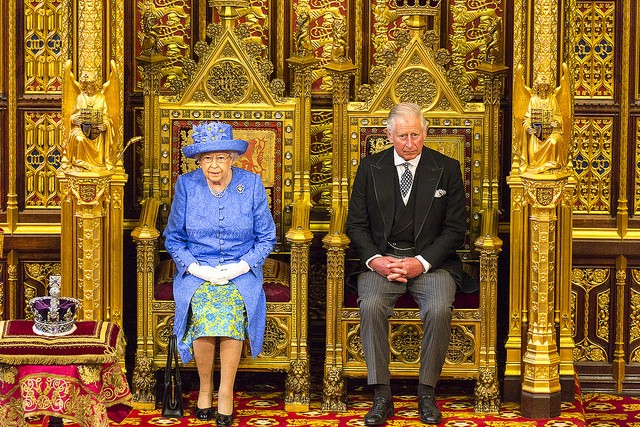 A week, they used to say, is a long time in politics. Right now, in the UK, make that fifteen minutes. But we do now know that there will be a Queen’s Speech on October 14th 2019 after Parliament was prorogued, without legal issue, on October 8th. And a Queen’s Speech usually means the Monarch, golden carriages and the Crown.

But the last time a Conservative led administration attempted to shoehorn in a Queen’s Speech, Her Majesty left the Imperial State Crown at home and chose instead a simple coat and hat combination. With political chaos the order of the day right now, could we see a similar message? In this occasional series, members of Royal Central’s editorial team debate some of the big royal questions of the day. This time, they are asking whether the Queen should wear the Crown to the State Opening of Parliament. Desk Editor Lydia Starbuck gets the debate going with a yes to the sparkle.

It is a moment of splendour, of history, of tradition, one that says so much in unspoken messages. The sight of the Monarch wearing the glittering Imperial Crown and processing through the gathered ranks of the Houses of Parliament to start its new session is filled with meaning. Its symbolism continues to resonate. And so I can appreciate why, at a time of political chaos, some might feel it more appropriate to keep the State Opening of Parliament low key.

But while I see the logic in not rewarding politicians with the majesty that the full regalia brings to the State Opening of Parliament, this isn’t about MPs. It must always be remembered that they are there to serve those who have elected them. The Queen isn’t just opening parliament for 650 people in well paid jobs. She is opening it for every one of the millions who live in the United Kingdom.

Therefore, to leave the regalia at home to somehow send a message to a handful of people seems rather out of sorts with the message of service that the Queen has always put at the heart of her reign. Besides, the Monarchy has always been praised as an unchanging beacon of calm in even the most troubled times. As political chaos continues in the heart of Westminster, the image of a Queen as constant as ever is perhaps what we all need.

Later this week, Editor-in-Chief, Charlie Proctor, argues that the Crown should be left in the Tower of London for this Queen’s Speech. Find out why soon. And there’s more debate about this issue on the Royal Central podcast, available to download now.