The ambitious queen accused of witchcraft by her enemies 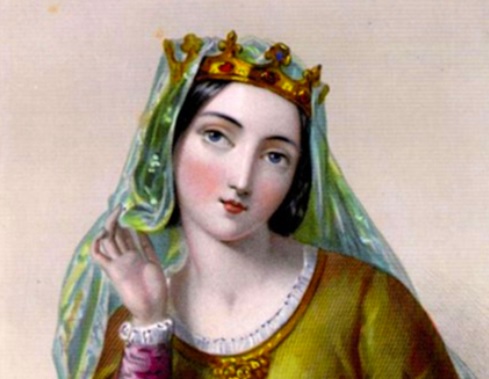 Queens and witchcraft aren’t words that go together. In books and in films, witches are the wicked women who stand in the way of pretty princesses as they search for a happy ending. In the history of royalty, witchcraft was a tool to use against women who might otherwise be untouchable. And several of England’s queens found themselves accused of being witches at times when enemies wanted to undo them and their royal husbands.

It might only be the briefest of mentions, but to attach the word ‘witch’ to a royal woman’s reputation was a way of damaging her. Witchcraft was punishable by death and the very slightest whisper of it in relation to a queen or princess could be enough to start the erosion of her royal reputation.

So it’s no surprise to find the label attached to some of the most controversial women in English history to wear a consort’s crown. And one of the most talked about queens the Middle Ages knew was Isabella of Angouleme, described by the famous chronicler Matthew Paris as ‘more Jezebel than Isabel’. To be fair to Isabella, she married a controversial king. But the wife of King John knew how to set tongues wagging and at one point those she got talking whispered that she was a witch.

Isabella was most likely about twelve years old when she married John in 1200, soon after he had snatched the throne of England on the death of his brother, Richard I. She had been betrothed to Hugh IX of Lusignan but her family chose an alliance for her with the new English king instead. Isabella was described as a true beauty but it wasn’t just her looks that won over John – her family was a very useful tool in his French battles. But soon after her arrival in England, Isabella’s reputation was under attack.

King John was rather keen on his young wife and chroniclers accused her of luring him away from his duties. Roger of Wendover claimed that John’s problems in Normandy had been partly the fault of his queen and that ominous word of the Middle Ages loomed into view. King John had been distracted from his Norman campaigns, the writer claimed, because of his wife. Roger commented that ‘it was said that he was infatuated by sorcery or witchcraft’. The king might have been keen on his wife but the chroniclers of the time hinted that she was using wicked ways to keep her husband from his duty.

The mud thrown at her name would stick. Isabella never recovered her reputation but she also did little to help herself. She gave John two sons and three daughters and when he died in 1216, having lost his crown in the Wash it was Isabella who provided her nine year old boy, Henry, with a golden circlet for his coronation. But soon afterwards, she married the son of the man she had abandoned to become a queen even though this Hugh was engaged to her own daughter, Joan. And she helped ensure the children she had with her second husband won favour with their kingly half brother, so much so that chroniclers noted it in negative terms.

Isabella, beautiful and proud, would end her days in the walls of an abbey – but this wasn’t a gentle choice for the feisty dowager queen. She fled there to avoid trouble and quite possibly more accusations of witchcraft.

In 1241 Isabella and her second husband had to swear fealty to the brother of the French king, Louis IX, and the monarch’s mother treated her guest as a countess rather than a dowager queen. Isabella is reported to have been furious and she threw herself into forming an alliance against Louis. There were, of course, many other reasons why Isabella and Hugh chose such a dangerous path but the personality of this queen, whose name was linked to witchcraft so early in her public life, was much scrutinised.

In 1244, two cooks who were arrested on suspicion of poisoning King Louis are said to have confessed that Isabella paid them. The dowager queen was taking no chances and fled to Fontevraud Abbey where she remained for the rest of her life. Hidden within its sanctuary, she was safe from her enemies and safe from their malicious tongues. She died there on June 4th 1246.

Her reputation has scarcely recovered in the centuries since. The French writer, William de Nangis, said the fact that she was implicated in the plot to poison Louis – regardless of whether she had really taken a part or not – showed how strong her personality was. Isabella was strong willed, determined and ambitious. But perhaps what her story shows, too, is the ease with which a term like ‘witchcraft’ could be attached to a royal woman who was making enemies.