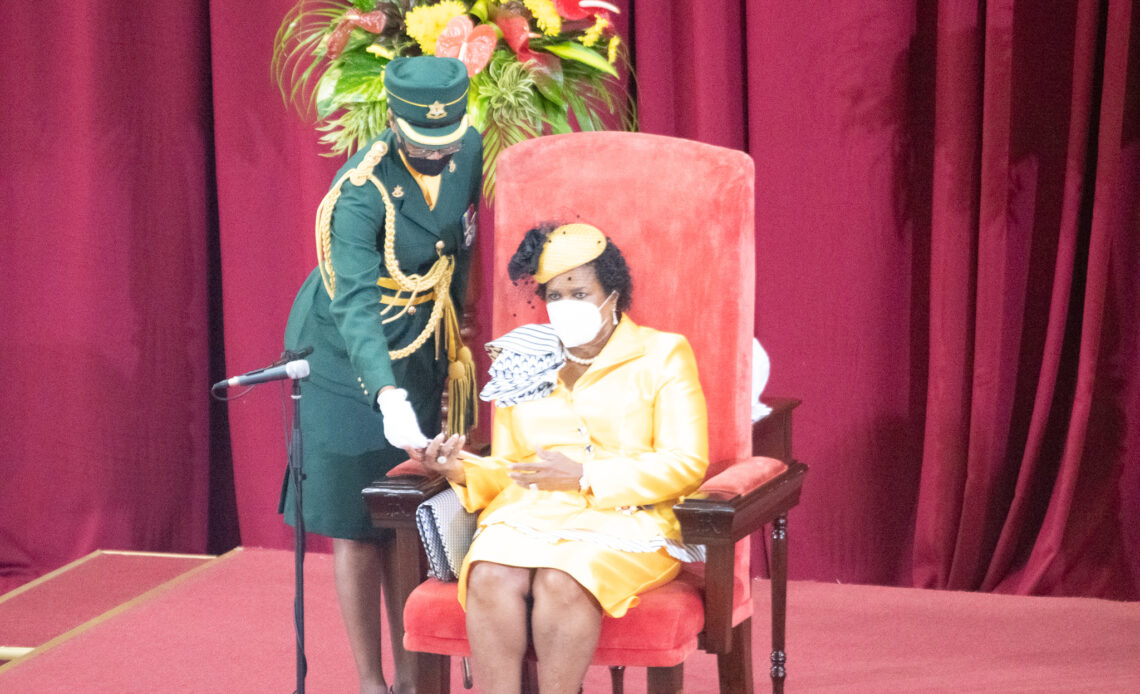 Barbados is becoming a republic, and Dame Sandra Mason will become its first president. Currently serving as Governor-General, the parliament elected Mason to become president when Barbados removes Queen Elizabeth II as head of state later this month.

Born and raised in Barbados, Mason has worked as a teacher and for many years rose in the ranks of Barclays Bank. But it was the law that always had a calling for Mason. She earned a law degree and held a position for more than ten years as a Magistrate of the Juvenile and Family Court.

For a time, Mason took her skills outside of Barbados. She left the family court to become Ambassador to Venezuela. She went on to serve as the Ambassador to Chile, Brazil and Colombia. She also served on the UN Committee on the Rights of the Child for nine years, including becoming the chair of the committee for two years.

Upon her return to Barbados in 1994, Mason accepted the appointment of Chief Magistrate for Barbados. She later became a Registrar of the Supreme Court and an Appeals Judge. In 2014, Mason began her work with other Commonwealth countries when she became the first Barbadian to be appointed as a member of the Commonwealth Secretariat Arbitral Tribunal. This tribunal resolved contract disputes between Commonwealth countries.

In 2020, the Barbados parliament voted to transition from a constitutional monarchy with Queen Elizabeth as head of state to a parliamentary republic with a prime minister and a ceremonial president as head of state. Sandra Mason was unanimously elected by the parliament to become the first President of Barbados.

When asked about the transition, Mason stated: “The time has come to fully leave our colonial past behind. Barbadians want a Barbadian head of state.”