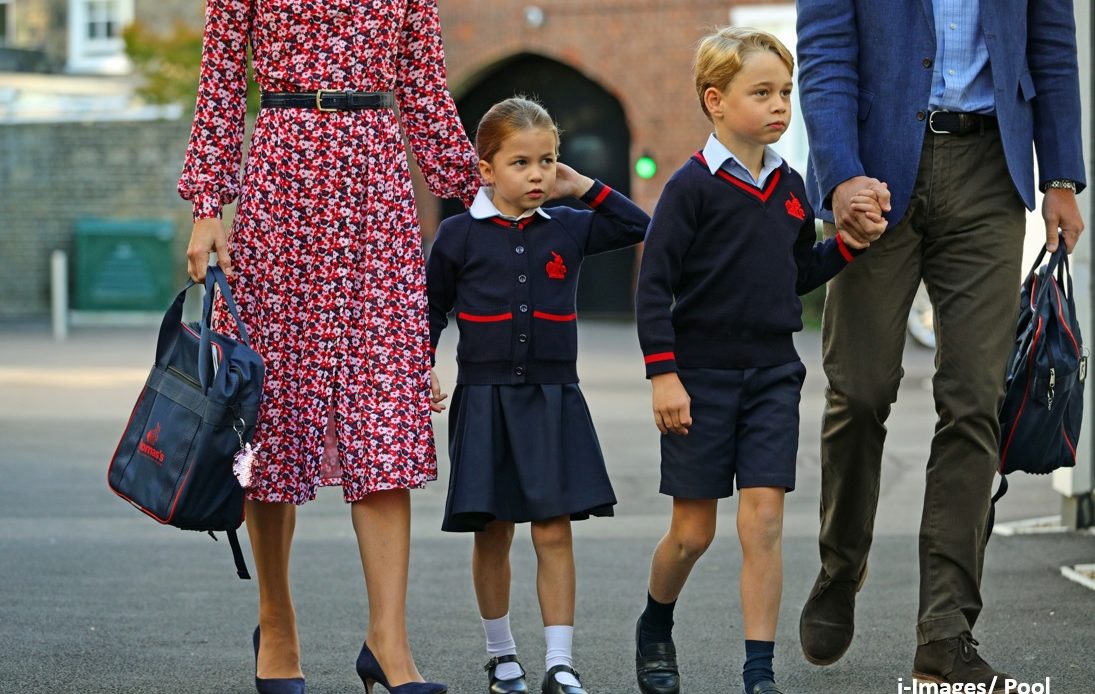 On this day in history in 1850, Prince Arthur, Duke of Connaught and Strathearn was born. The Prince was the seventh child of Queen Victoria and Prince Albert when he was born at Buckingham Palace in 1850. He went on to have three children and died at Bagshot Park in Surrey.

On this day in history, Lady Sarah Armstrong-Jones was born at Kensington Palace to Antony Armstrong-Jones and Princess Margaret, the Earl and Countess of Snowdon. She married Daniel Chatto in 1994 in London; she has since been known as Lady Sarah Chatto. The couple now have two children, Samuel and Arthur – who both attended Eton College and both currently attend the University of Edinburgh.

On this day in 2015, Princess Charlotte Elizabeth Diana was born at St. Mary’s Hospital, Paddington, London. She is the second child and first daughter of Prince William and Catherine, The Duke and Duchess of Cambridge. She currently attends Thomas’ School in Battersea.

On this day in 1986, Jack Christopher Stamp Brooksbank was born. He was married to Princess Eugenie of York at St George’s Chapel on October 12, 2018.

On this day in 1978, Autumn Phillips (born Kelly) was born in Canada. She met Peter Phillips, the eldest grandchild of Queen Elizabeth II. The couple announced their intent divorce in early 2020, but still, both live in Gloucestershire with their two daughters, Savannah and Isla.

On this day in 1910, King Edward VII died at Buckingham Palace after several heart attacks brought on by prolonged periods of illness. The King ruled for just over ten years, after his mother’s death in 1901. Known as ‘The Uncle of Europe’, the King was related to almost every other monarch in Europe. The King was succeeded by King George V.

On this day in 1960, Princess Margaret married Antony Armstrong-Jones at Westminster Abbey. The couple were granted the title of Earl and Countess of Snowdon. The Princess was given away by Prince Philip, Duke of Edinburgh as the wedding took place eight years after the death of her father, King George VI. The couple went on to have two children but divorced in 1978.

The first child of the Duke and Duchess of Sussex was born on this day in 2019. Archie Harrison Mountbatten-Windsor was born at the Portland Hospital, Marylebone. In January 2020, the family announced their decision to step back as senior members of the Royal Family. They announced that they would split their time between North America and the UK; the family currently resides in Santa Barbara, California.

Prince Albert, Duke of York assumed the throne on this day in 1937. The second son of King George V and brother of King Edward VIII never expected to become monarch. After the abdication crisis of 1936, the Duke of York was thrust into kingship. King George VI died in 1952, making his daughter, Princess Elizabeth, Queen Elizabeth II.

Juan Carlos, the Prince of Asturias, married Princess Sophia of Greece and Denmark on this day in Athens, Greece, in both a Roman Catholic and Greek Orthodox ceremony. Sophia changed the spelling of her name to the Spanish Sofía and converted to Roman Catholicism. Juan Carlos became the King of Spain in 1975 after the death of dictator Francisco Franco. He abdicated in favour of their son, Felipe, in 2014.

On this day in history, Zara Phillips was born at St. Mary’s Hospital. Zara is the second child and only daughter of Princess Anne and Captain Mark Phillips. She graduated from Exeter University with a degree in physiotherapy. She is a skilled equestrian, competing in the Olympics, winning a silver medal in the team events. Zara married Mike Tindall, a former rugby player, in 2011, and they have two daughters, Mia and Lena.

On this day in 2008, Peter and Autumn Phillips married. The couple met in Canada, Autumn’s home country, and went back to London together. The announcement of their engagement came on July 28, 2007, and the couple married at St. George’s Chapel on May 17, 2008. They have two daughters, Savannah and Isla. Sadly, the couple announced their intention to divorce in January 2020.

Today in history, The Duke and Duchess of Sussex married at St George’s Chapel, They welcomed their first child, Master Archie Harrison Mountbatten-Windsor, on 6 May 2019. In January 2020, the couple announced they wished to step back as senior royals and relocated to Canada, before settling in Santa Barbara, California.

On this day in 1471, King Henry VI died at the age of 49 at the Tower of London following his arrest. When he acceded to the throne, he was only nine months old- making him the youngest person to ever succeed the English throne. King Henry VI also made history as the first monarch to be crowned as both the King of England and the King of France. The King married Margaret of Anjou, and they had one child, Edward, Prince of Wales. It is widely accepted that Henry VI was murdered following his deposition and that his demise was orchestrated by Edward IV.

On this day in 1889, Prince Leopold, Lord Mountbatten was born at Windsor Castle. Prince Leopold was the son of Queen Victoria’s youngest daughter, Princess Beatrice and Prince Henry of Battenberg. During World War One, King George V changed the name of the Royal Family from Saxe-Coburg and Gotha to Windsor. In response to this, Leopold renounced his Germanic title of ‘Prince of Battenberg’ and became Lord Leopold Mountbatten.

On this day in 1874, Princess Marie of Hesse and by Rhine was born in Hesse, German Empire to Princess Alice, the daughter of Queen Victoria and Prince Albert. The young royal died aged four of diphtheria.

On this day in 1819, Queen Victoria was born. She was the longest-reigning British monarch until 2015 when Queen Elizabeth II overtook her. She reigned for 63 years. The Queen was born at Kensington Palace in 1819 and died on the Isle of Wight at Osbourne House. She had nine children, 42 grandchildren, 87 great-grandchildren, 142 great-great-grandchildren.

Queen Mary of Teck was born on this day in 1867. The wife of King George V, and mother of both King Edward VIII and King George VI, was born at Kensington Palace in 1867. She was a member of the extended British Royal Family by birth and lived at Kensington Palace and Richmond Lodge. The Princess was introduced to Prince Albert Victor, the eldest son of King Edward VII and Queen Alexandra and soon became engaged. However, he died before their marriage. The Princess was then engaged to his brother, the future King George V.

On this day in 1972, Prince Edward Albert Christian George Andrew Patrick David was born at White Lodge, Surrey in 1894 to King George V and Queen Mary of Teck (then, Prince George and Princess Mary, the Duke and Duchess of York). The former king abdicated in 1936, leaving his brother to become King George VI. He became the Duke of Windsor and lived in exile with his wife, Wallis Simpson, in New York and Paris. He is, however, buried in the grounds of Windsor Castle.

On this day in 1630, King Charles II was born at St James’s Palace in London. He was the grandson of King James I, the son of King Charles I and the brother of King James II. Whilst he would have no legitimate children with his wife, Catherine of Braganza, he did father at least fifteen illegitimate children with various mistresses. The King went on to reign for twenty-five years before his death from an apoplectic fit in 1685 at the age of 54. He died at Whitehall Palace and is buried at Westminster Abbey.

On this day in 1996, the Duke and Duchess of York officially divorced. The pair share daughters, Princess Beatrice and Princess Eugenie, and have been described as the “happiest divorced couple in the world”. The pair still live together at Prince Andrew’s home at Royal Lodge in Windsor.