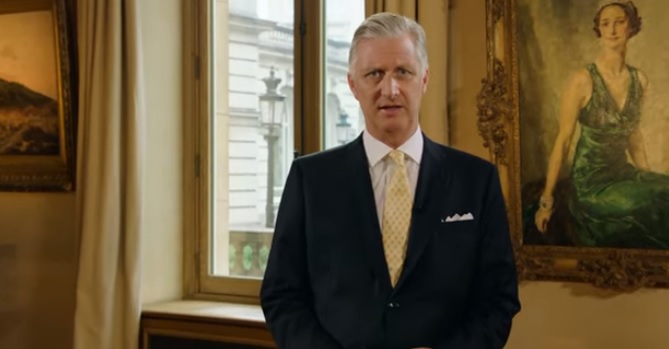 King Philippe of the Belgians has appointed the ministers of the new federal government at the Royal Palace. After nearly 500 days of forming a government, the new ministers have taken the oath before His Majesty the King.

At 10 am sharp King Philippe received the Prime Minister and other ministers who will form the new federal government in an audience at the Royal Palace of Brussels. One by one the new ministers took the oath in front of His Majesty. They each spoke the following words: “I pledge allegiance to the king, obedience to the constitution and the laws of the Belgian people.”

The first to take the oath was Belgium’s new Prime Minister, Alexander De Croo. The new Prime Minister is not a stranger to the King as he has been one of the vice-prime ministers since 2012. From now on the 44-year old liberal De Croo will hold weekly meetings with the King to inform him about the newest developments in politics.

The new federal government is a coalition government consisting of seven political parties: SP.A and PS (Socialists), Green and ECOLO (Greens), CD&V (Christian Democrats) and MR and Open VLD (Liberals). The new government is remarkably young and progressive. The government is made up of nearly as many women as men. The following politicians will form the new government.

Nearly 500 days after the general elections, the formation of the new government was a close call. After the elections, it is the tradition that the previous federal government continues to handle the essential cases as long as there is no new government. However, this time the “temporary government” had more powers. At the start of the COVID-19 crisis, this “temporary” federal government received “extraordinary powers” from the parliament to effectively tackle the coronavirus. However, their “extraordinary powers” expired on the 1st of October. It was, therefore, necessary that there was a new government by Thursday.

In Belgium, the King still plays a role in politics. After the elections, the King appoints the “formateur” who is given the task to form a government. Throughout the government formation, the King is informed on a daily basis and is able to ask politicians for updates. He can dismiss the current “formateur” if he believes he or she is not able to form a government and give other politicians important tasks. Before Ministers or Secretaries of State can start their task, they have to take an oath before His Majesty the King. The King also plays a role in the dismissal of the government.