Whatever happened to the 1969 documentary ‘Royal Family’ which The Queen banned from the public? 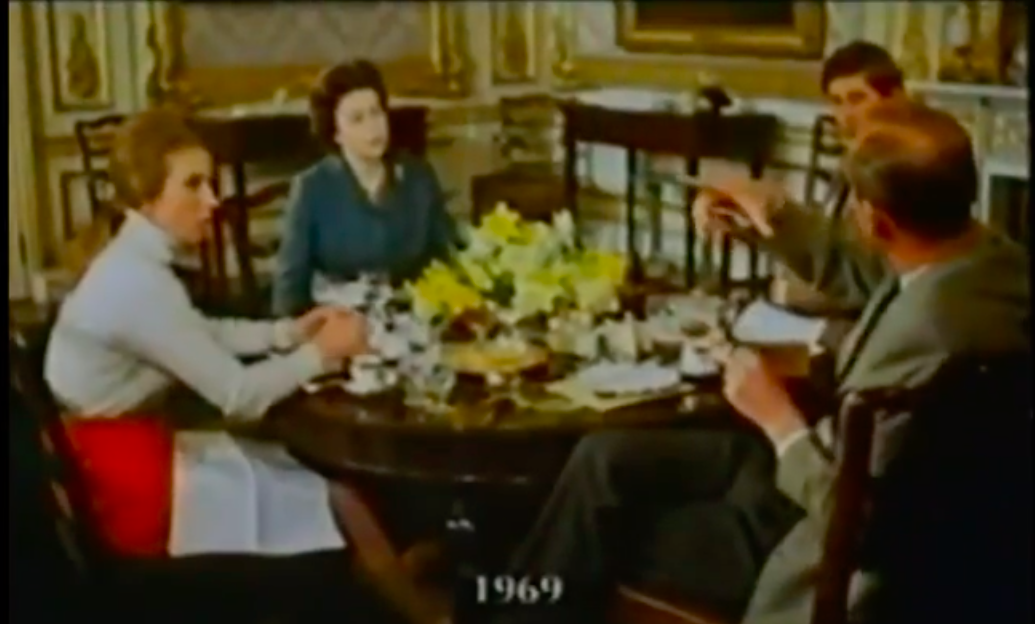 It has been over 50 years since the famous documentary ‘Royal Family’ was shown on British TV screens. At the time this, documentary really was the most talked about thing; not necessarily because of its content, but the plain fact that such a documentary was broadcast.

The chances are, unless you’re a really attentive royalist, you’ve never even heard of the documentary, and there’s a good reason for that. The documentary was regarded as so intrusive and revealing of the Royal Family that it had to be withdrawn, for over 50 years it has been locked away at Her Majesty’s command in the BBC vaults.

No one has seen it since. We mean no one. Apart from the one minute clip from YouTube (see below), nothing else is available. Many have tried to contact the BBC and the Palace, all have failed to gain access to it.

It is likely that someone, somewhere has a copy of it on VHS that they either recorded at the time or accrued in some other way.

We are told it is a sensational documentary. At the time it was considered intrusive, but now it probably wouldn’t be regarded so, by today’s standards. For example, at the time of broadcast, people were horrified to find out that The Queen stored food in Tupperware containers (something that would be regarded now as a totally legitimate attempt to make the best use of food, horrified staunch conservatives at the time).

But this documentary, which was watched by a third of the UK’s population at the time of its broadcast, had many traditionalists and courtiers up in arms.

The premise of the documentary was for the public to get an idea of what life in the modern royal court of 1969 was like. Cameras followed the Royal Family around for a whole year. 1969 happened to be the year that Prince Charles was invested as Prince of Wales also, this wasn’t a coincidence; cameras were also following the Royal Family’s preparations for the investiture.

Camera crews (in a joint project between the BBC and ITV) accompanied The Queen on tours of Chile and Brazil, and Prince Charles to Malta and Cambridge. They also shot more than 40 hours of film in Sandringham, Balmoral, Buckingham Palace, Windsor and Holyrood, as well as on the Royal Yacht, the Royal Train and aircraft of the Queens Flight.

The Queen was filmed performing official duties such as receiving the new American ambassador and at her regular meeting with Prime Minister Harold Wilson. She was also shown holidaying at Sandringham and enjoying Christmas with her family. Producer Richard Cawston said “until we made this film, I really believe that none of them had ever spoken into a microphone anything which had not been carefully prepared.”

Princess Anne notoriously hated the documentary, later saying, “I never liked the idea of Royal Family, I thought it was a rotten idea. The attention which had been brought upon one ever since one was a child… you just didn’t need any more.”

So it does seem like this documentary received the royal seal of disapproval from Her Majesty in the end, though all is not lost, it will surely appear again in the future, if not after Her Majesty’s reign – and anyone born post 1969 can finally see what all the fuss was about.

If you have any information about where a copy of Royal Family, 1969 can be obtained, or if you have one – please email us on editor@royalcentral.co.uk as we’re keen to hear from you.