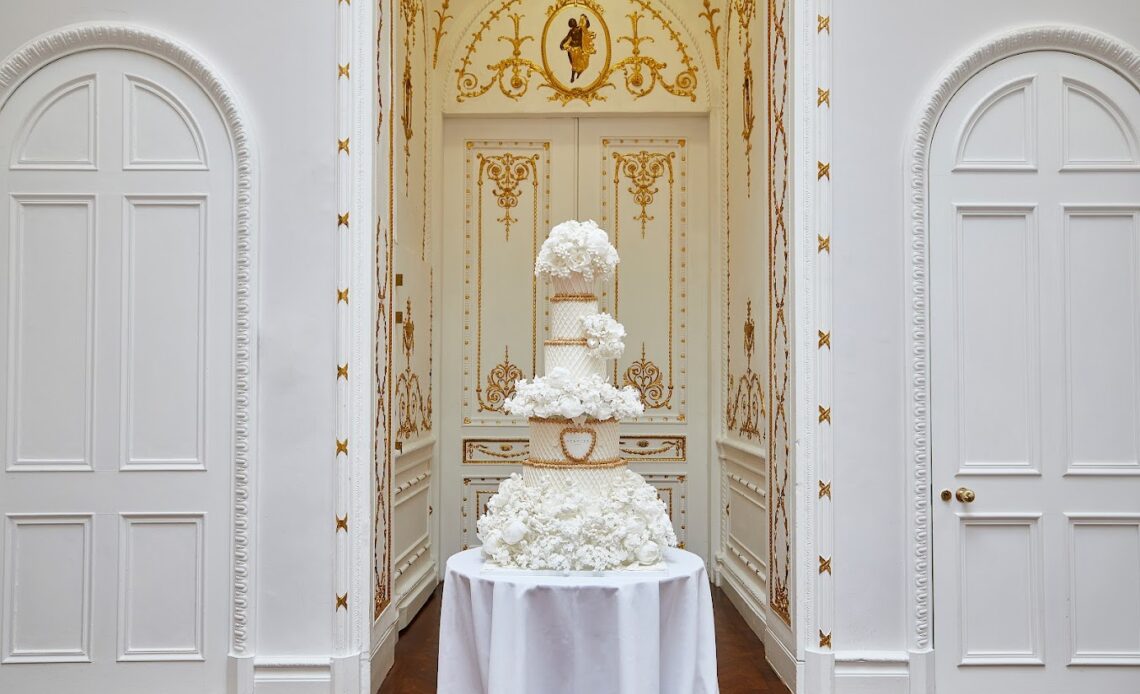 It’s been more than a century since restaurateur and caterer Searcys created the extravaganza that was Princess Maud of Wales’s wedding cake. It was such a big occasion that it brought the company’s founder, John Searcy, out of retirement. Now, the company is recreating the cake with a modern twist.

The original cake was adorned with leaves, cherubs, and flowers when it was created for the royal wedding of Queen Victoria’s granddaughter in 1896. It also featured the royal crests of Britain and Denmark.

Now, as Searcys celebrates its 175th anniversary, bakers are reinventing the famous cake with some modern twists. They spent three weeks working on the five tier creation which is made up of Dundee cake, covered with marzipan and adorned with white and gold latticework as well as flowers, cherubs and lions made from sugar. It’s been created in collaboration with Elizabeth Solaru of Elizabeth’s Cake Emporium

If you’re getting married, you could have the grand cake at your own wedding. The cake will travel across its restaurants throughout the summer starting on 17 May which is National Baking Day. Diners will be able to have a sample at venues including 116 Pall Mall, The Pump Room in Bath, St Pancras Brasserie, and Searcys at the Gherkin.

Princess Maud wed Prince Carl of Denmark in the Private Chapel at Buckingham Palace on July 22nd 1896. Guests at the wedding included Queen Victoria, the grandmother of the bride, the Prince and Princess of Wales, her parents, and the Crown Prince and Princess of Denmark. Carl and Maud were offered the crown of Norway in 1905 and accepted after a referendum showed popular support for their rule. They became King Haakon VII and Queen Maud on November 18th 1905.

The cake wasn’t the only thing considered extravagant at the wedding. The bride, the daughter of the future King Edward VII (Prince Edward at the time), wore an extravagantly designed wedding dress. Made from white satin, the dress was adorned with chiffon flowers at the skirt hem and had a long train bordered with orange blossoms. It’s believed the waist was embroidered with silver and diamonds and the bride’s veil measured 6.4 m (21 feet) in length.

The Princess Maud Wedding cake can be made to order for any wedding celebrations booked at Searcys venues.