A prince in sequins beckons: why the Windsors need to join the royal Eurovision lovefest 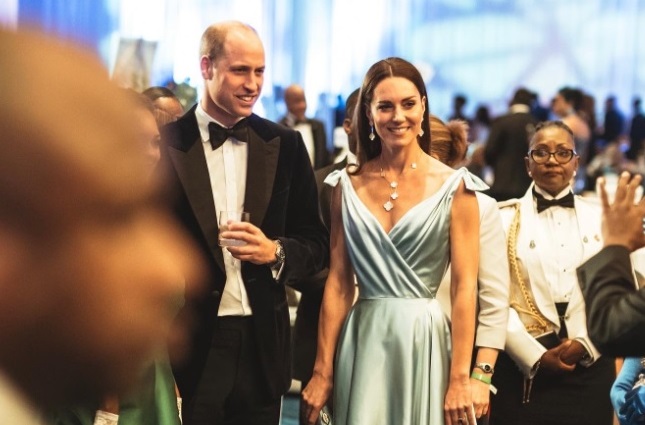 Stand by, Eurovision fans, the contest is landing in the UK. It’s been confirmed that a British city will welcome the world’s most famous song competition in 2023, hosting on behalf of Ukraine. And that leads to a big question. How many royals will we see at Eurovision 2023?

The perfect outfit is waiting. The reason the UK was so high in the mix to step in for Ukraine was the stand out performance of Sam Ryder with ‘Space Man’. He came second, the country’s best showing this century. Just weeks later, he sang the same song at the Platinum Party during the Jubilee celebrations in a sequinned Union Jack print jumpsuit. I’m sure he’d lend it to Prince Charles or Prince William for the big event. Even if they don’t don it, there are high expectations that one, or both, will be at Eurovision 2023 for very good reasons.

In recent years, the royal families of countries hosting Eurovision have been very visibly supportive when the contest arrives in their realms. In 2021, Queen Maxima was all smiles as she attended rehearsals for the 2021 run while Crown Princess Mette-Marit was front row for the 2010 final. Crown Prince Frederik and Crown Princess Mary of Denmark turned it into a family affair as they arrived in 2014 with their children.

Europe’s royal families have taken the contest to their hearts. It’s no surprise. Hosting the event is a major cultural event for any country. The final of Eurovision is watched around the world while the semi finals are a massive pull. It’s come a long way from its early reputation as a kitsch fest. The first years of Eurovision might have been all about that queen of British TV, Katie Boyle, enunciating ‘douze points’ to perfection but the 21st century contest is a cultural phenomenon that reaches tens of millions of people.

Of course, there is a political path to tread here. The UK is hosting but not in the usual circumstances. Normally, it’s the winners who get to welcome everyone to their country for the following year’s competition. Sam Ryder came second to Ukraine’s Kalush Orchestra with ‘Stefania’. However, the war means that the country has already said it can’t stage the event and so the UK is stepping in to host on its behalf.

That will change the nature of the spectacle. The contest is a great chance to put a spotlight on the culture and creativity of the host nation but that honour still belongs to Ukraine. The influence of the 2022 winning nation will be felt throughout the event. However, no one is going to pretend that it’s not being held in the UK. And that’s where the royals come in.

Eurovision has changed a lot from the days when the UK used to host regularly. The support shown by Europe’s royal families for the contest in recent years underlines that. Hosting Eurovision, even in these extraordinary circumstances, will be one of the biggest cultural events in the UK this decade. It will also bring a massive financial boost as fans arrive in the UK to get as close to the Eurovision action as possible. It needs and deserves very visible royal support.

I’m old school Eurovision, here for the glitz and the kitsch, so I’d be more than happy for Camilla and Kate to lead the charge in the biggest tiaras they can find. We all know that won’t happen but let’s hope we see the Royal Family embrace this major moment for the country. Charles in that sequinned jumpsuit might be a leap too far. But royal support for this unique event will boost them as much as the contest itself.